I'm aware of the overlap of information and (some) photos but I felt...rightly or wrongly, I needed to refresh my mind regarding my trip as I'm sure you can appreciate the complexities of actually taking part, against reporting!

On returning to SPI late on Saturday April 16th via the Texas Roadhouse...

...I decided to start Sunday morning back at the Convention Centre.This turned out to be a good, if predictable decision,as I was soon enjoying my second Cape May Warbler for Texas... 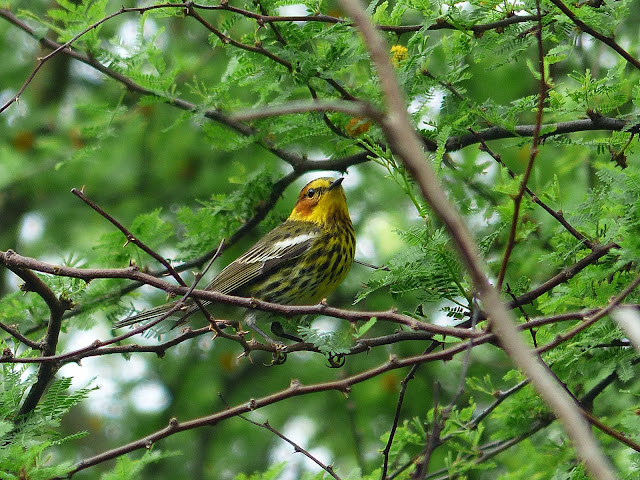 April 19th was my last FULL day and I started on the mudflats North of the Convention Centre adding Wilson's Plover and (our) Dunlin and being hugely entertained by another wp Reddish Egret...the dominant form here. Please refer to the post for this date for further details. It was a helluva day with a Painted Redstart the cherry on top!!

The 20th dawned with my realization that I'd messed up regarding a possible Townsend's Warbler. I wrongly assumed the sighting had been at the CC. In fact the bird had been seen in a residential street not 5 minutes form our place! I leisurely/foolishly decided to wait for an eBird update which thankfully came through enabling me to eventually connect and get a great pic...if I say so myself! 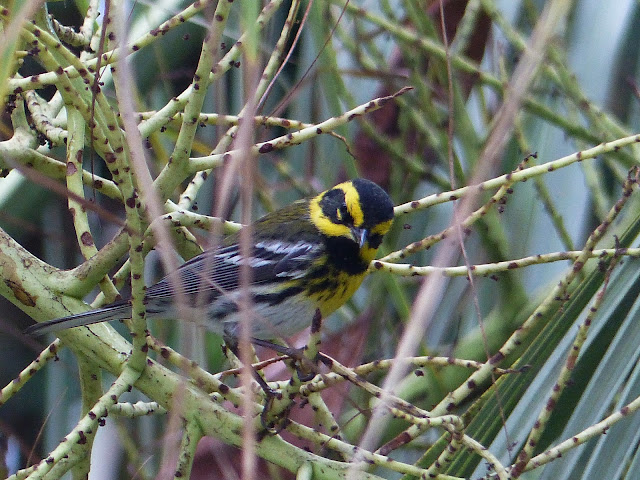 A great finish to our visit.We headed North at Noon to Rockport. Now here's the thing. Always honesty on here! I'd altered my eBird email reports to hourly in order to receive more "up-to-date" reports. Seemed like a good idea to me. The down side is three fold...that means you get a lot of them, it takes time to go through them and you don't always have a signal. Initially unbeknown to me, a rare Gull had been found at Brownsville dump...namely a KELP GULL. This did eventually filter through onto eBird (there's a time delay). I did eventually see the report but by then we were heading North. Louise WOULD have let me try for it...(even at a dump). The logistics of our trip , the family concerned and the location meant this wasn't going to happen...and I can honestly say it didn't bother me. I spent the last two hours of the day dipping the Sooty Tern at Rockport. I even bumped into a couple of Birders from Galveston heading South for the Gull!

After a great meal and drink in an Irish Bar...and a not so great stay in a Motel I headed back to Rockport Park at dawn and immediately got my Texas Sooty Tern... 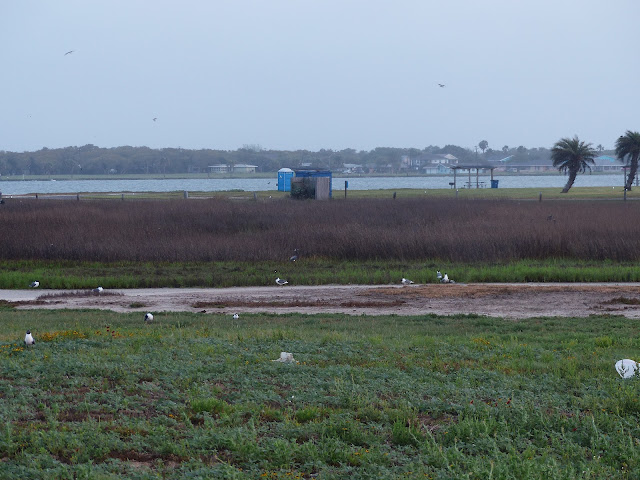 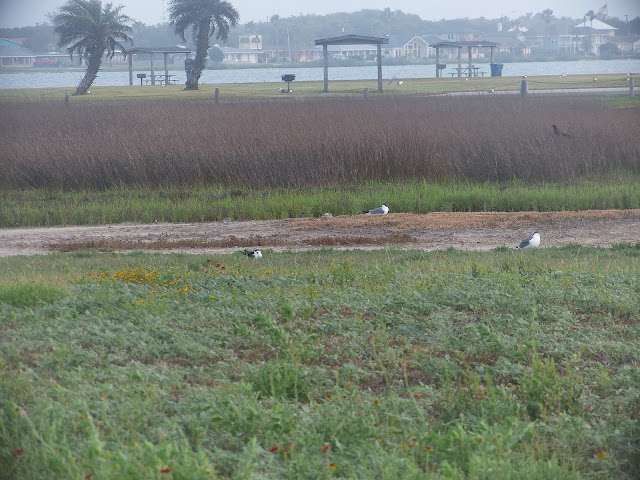 I had time to try for one more target before we headed for North. I succeeded...eventually...

REALLY chuffed to catch this bird at the Northern limit of its range. A real last chance saloon.We headed for Galveston...
Posted by Alan Whitehead at 20:34