A Grand Day out in Yorkshire

Brief late one tonight as I've just got back from Sammy's after scraping the MASKED WAGTAIL. I think they call it an Insurance tick!? 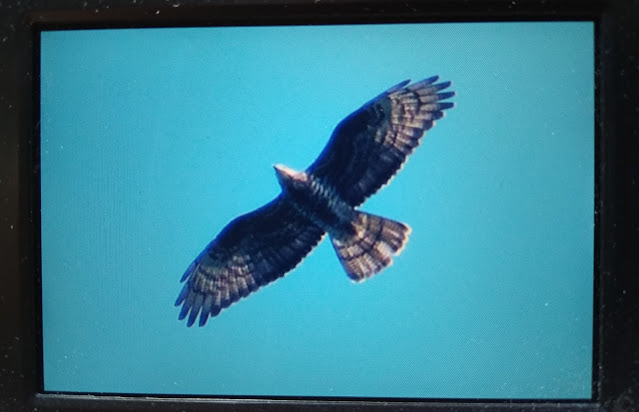 Chuffed to pick it up. It circled overhead for a good 5  drifting back East. I did get a VERY distant look at the Goshawk through my bins. Confirmed by scopes.
We left at Noon. After going our separate ways I made my way back along the Coast Rd. As I reached the Dotterel roundabout I saw the sign for Bempton, stating 5 miles. I made the turn. The magnitude of the BLACK-BROWED ALBATROSS occurrence should NEVER diminish. Igave it 2.5 hours from a distant viewpoint overlooking Staple Nook but it wasn't to be today.
Posted by Alan Whitehead at 22:13