A tale of two Thrushes 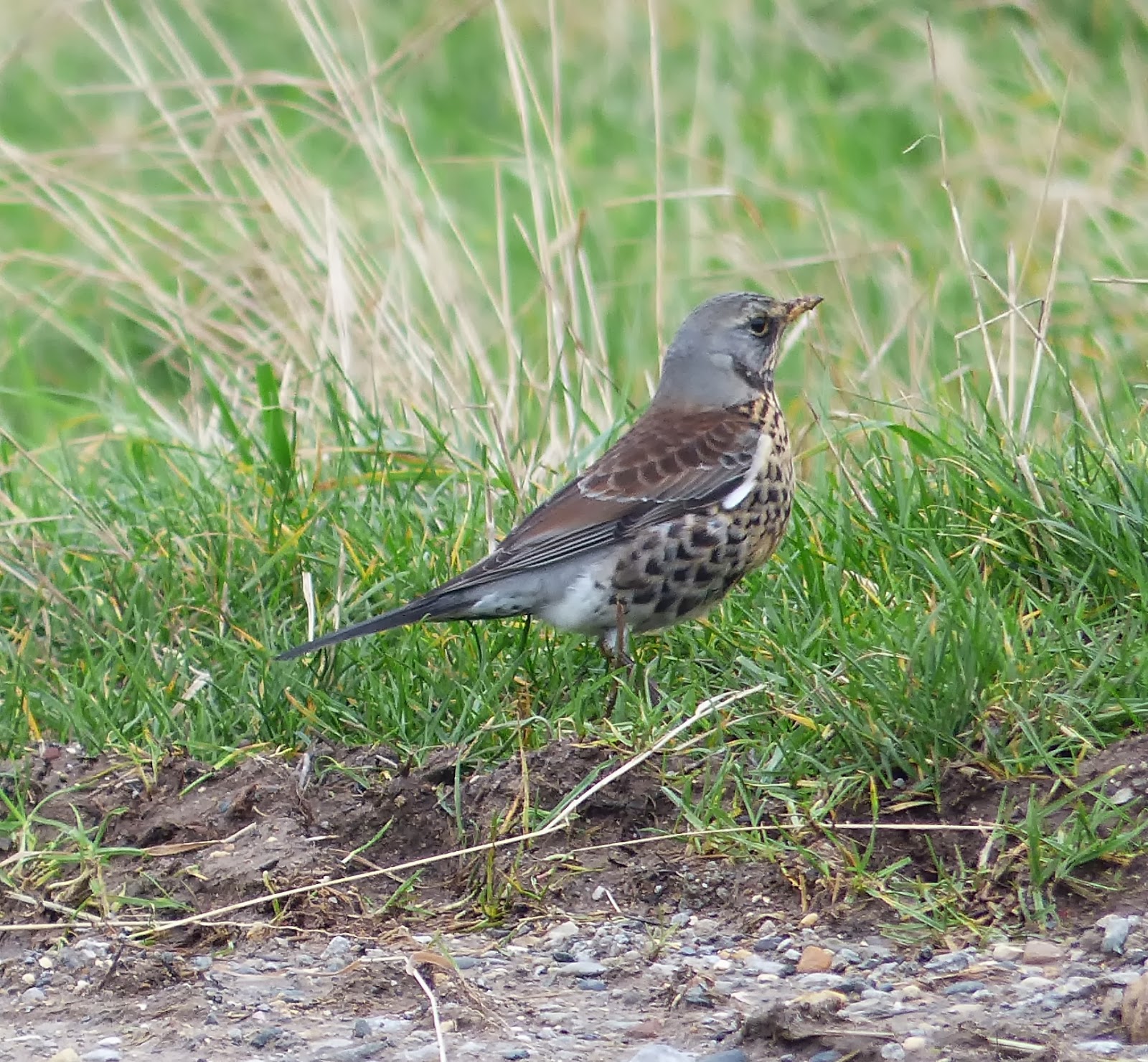 7 Fieldfare on the clifftop field at Easington Gas terminal were a nice surprise this morning whilst on the dog walk. They were accompanied by a healthy flock of Linnet (c50). At the far (south) end I picked up at least 70 Tree Sparrows amongst the mixed finch/bunting flock. I didn't hand around in the biting easterly wind!

On my way to Patrington I noticed a distinctive shape on a wire through the continuing gloom...

Posted by Alan Whitehead at 13:07 No comments:

First Partridge sighting of the year this morning, ironically in heavy rain. This individual looked understandably forlorn as it sat in it's chosen field...


Posted by Alan Whitehead at 13:12 No comments:

Fun with a Buzzard

Picked up my first Patch Buzzard (P.76) of the year today down at Patrington Haven. I'm fairly sure it's the same bird that's been hanging around the area since before Christmas. I saw a Buzzard in the same area a couple of times when visiting the IVORY GULL.

I spent an enjoyable hour trying to get some decent images. I failed but managed a few surreal shots non the less... 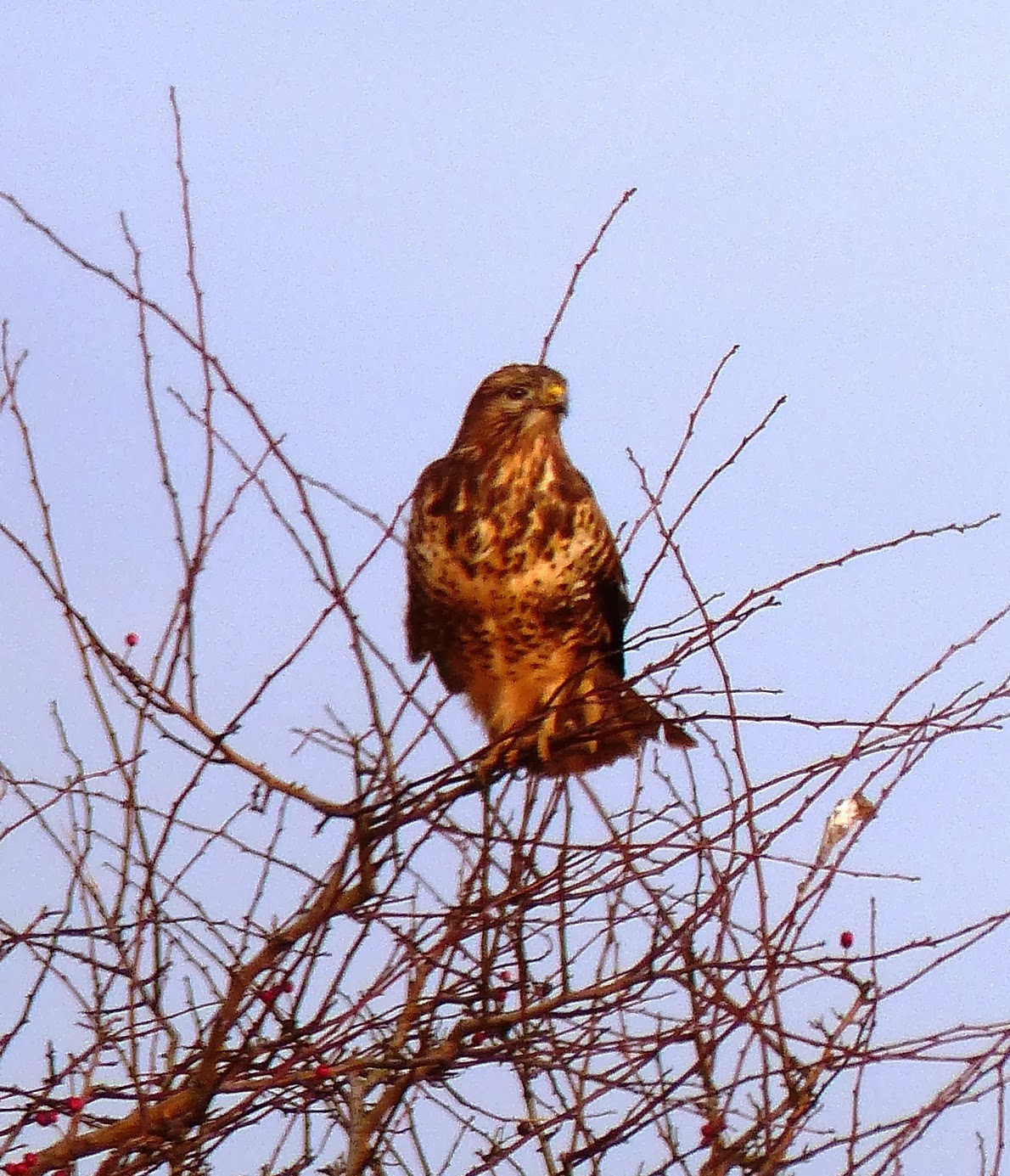 The camera behaved strangely (nothing to do with me of course!). I thought I'd post them anyway... 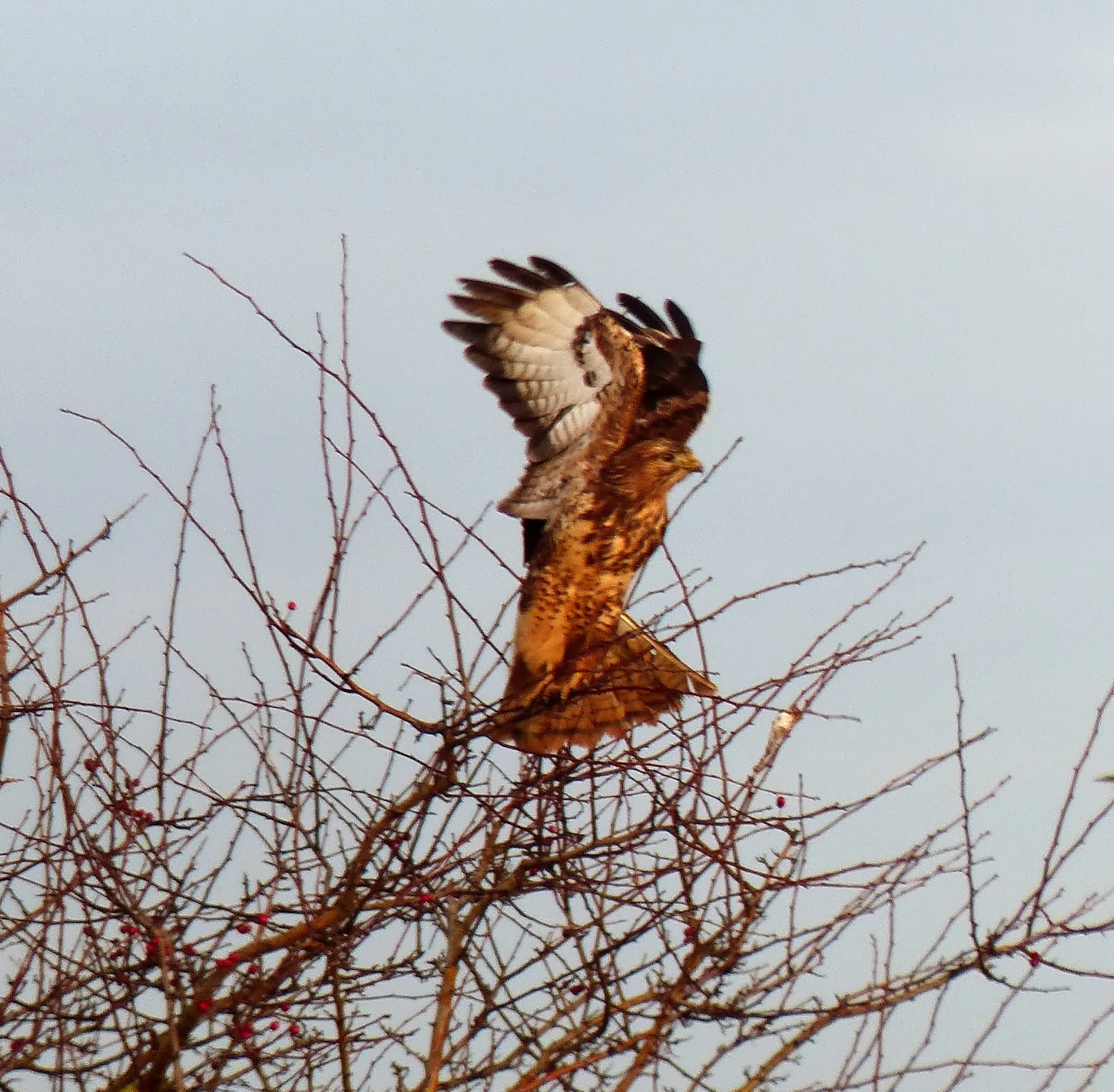 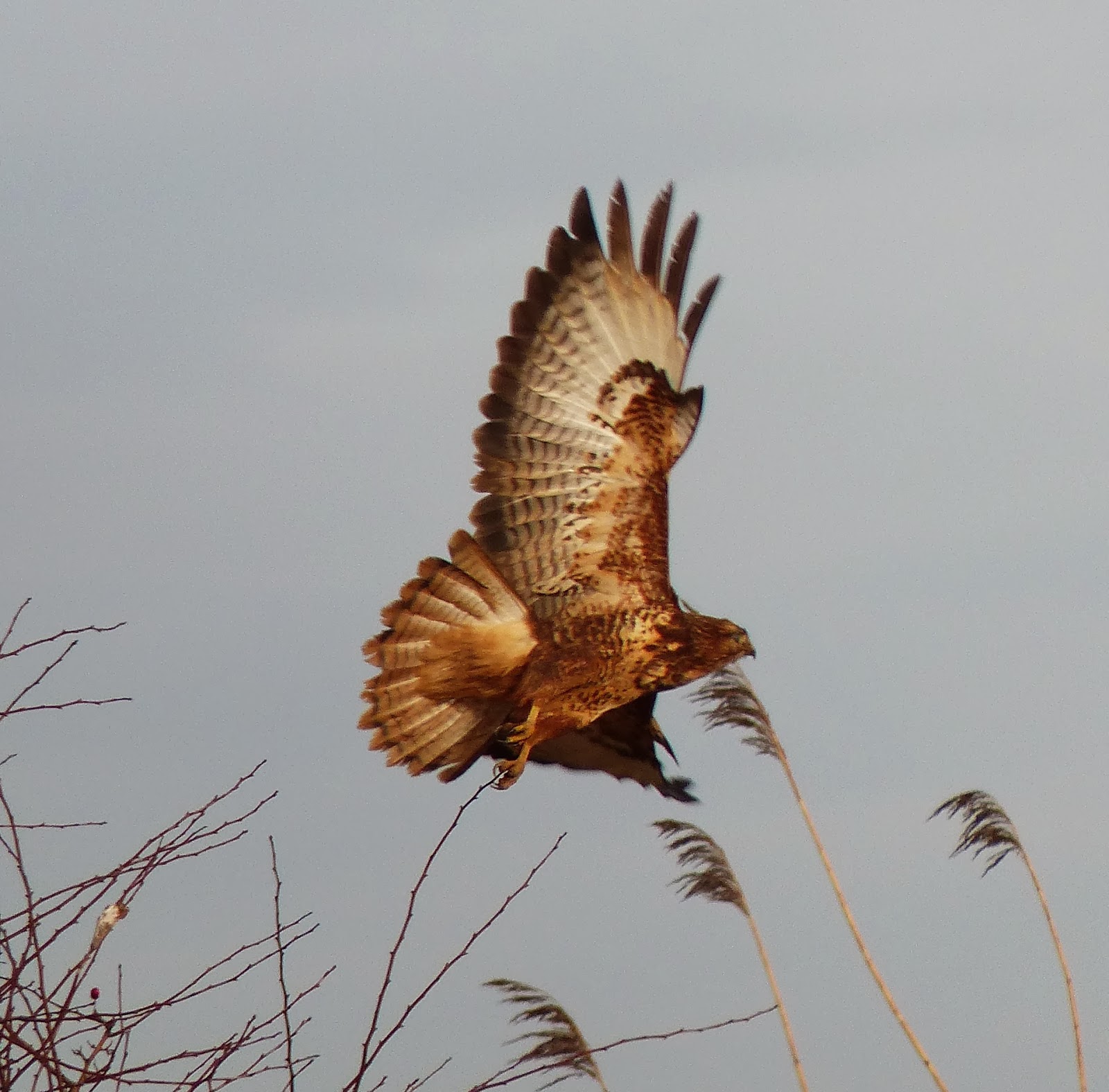 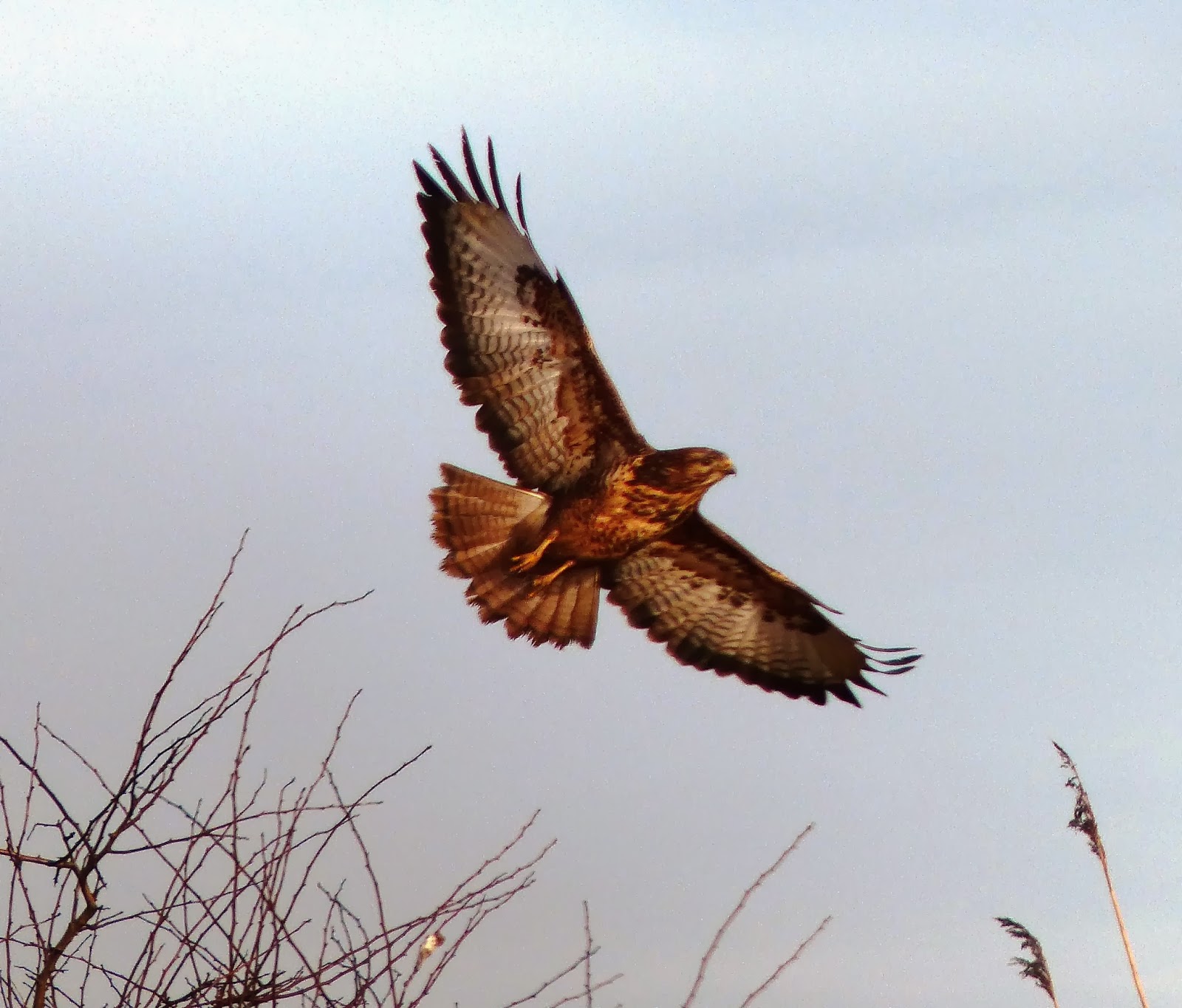 Laid up the last couple of days due to tooth extraction! On the plus side it enables me to take part in the RSPB garden birdwatch. I'd stocked the feeders up last week so the birds would hopefully be familiar with the feeding station. It's paid off as I've had good numbers of many species. Star visitor today was this cracker. Very skittish but I eventually managed a decent shot... 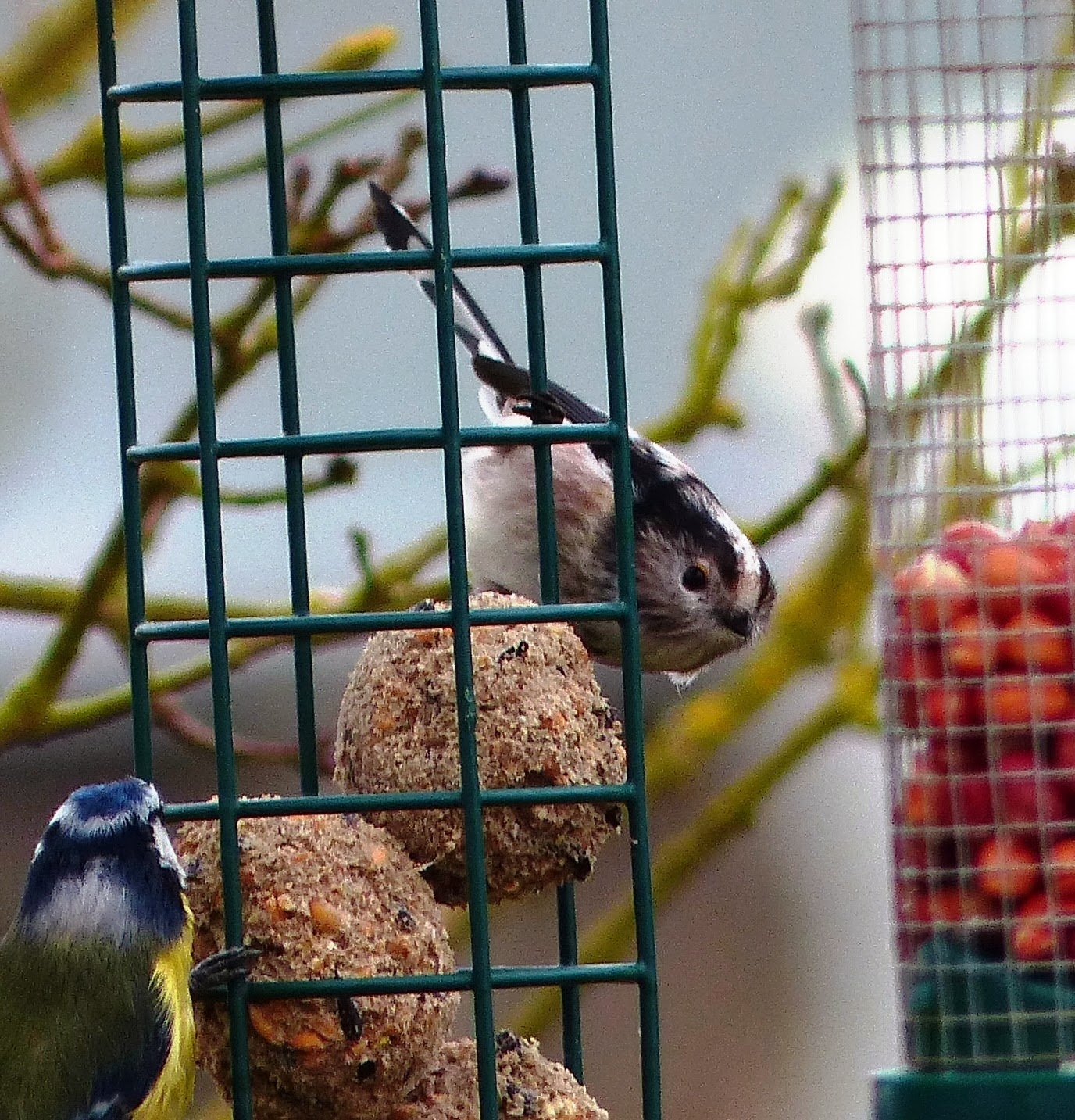 If you have an interest in birding Stateside, rare birds or both, I'd just like to flag up this new book. I've just ordered it!
Posted by Alan Whitehead at 18:16 No comments:

Never tire of seeing this beautiful bird. I am blessed with a good population in the local area. I regularly see two birds at Out Newton...no recent sightings of Little Owl, alas.

This morning I spotted a bird perched on a roadside post. It was flushed by a delivery lorry but ended up back by the barn... 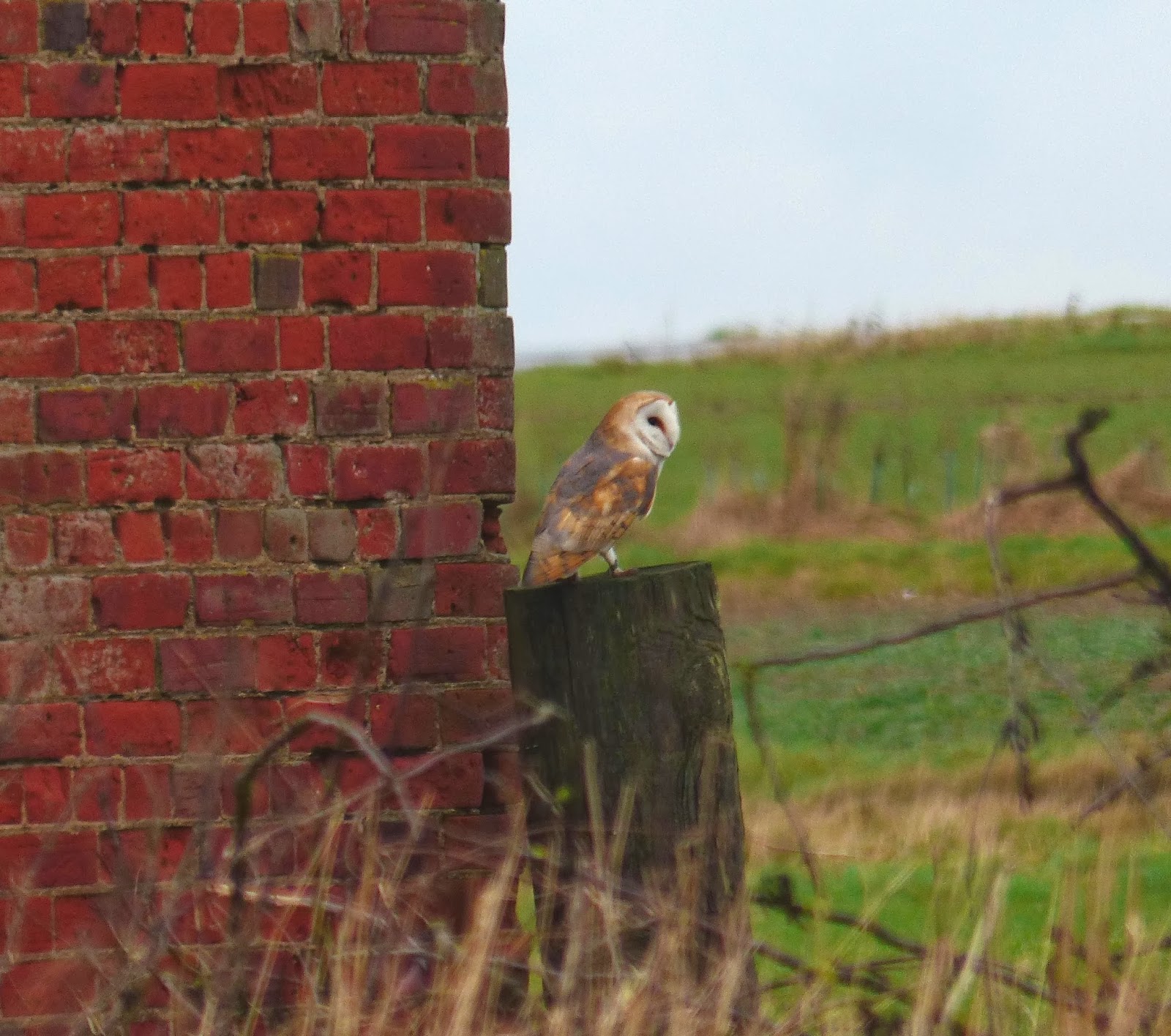 It then flew off and started hunting the roadside verge... 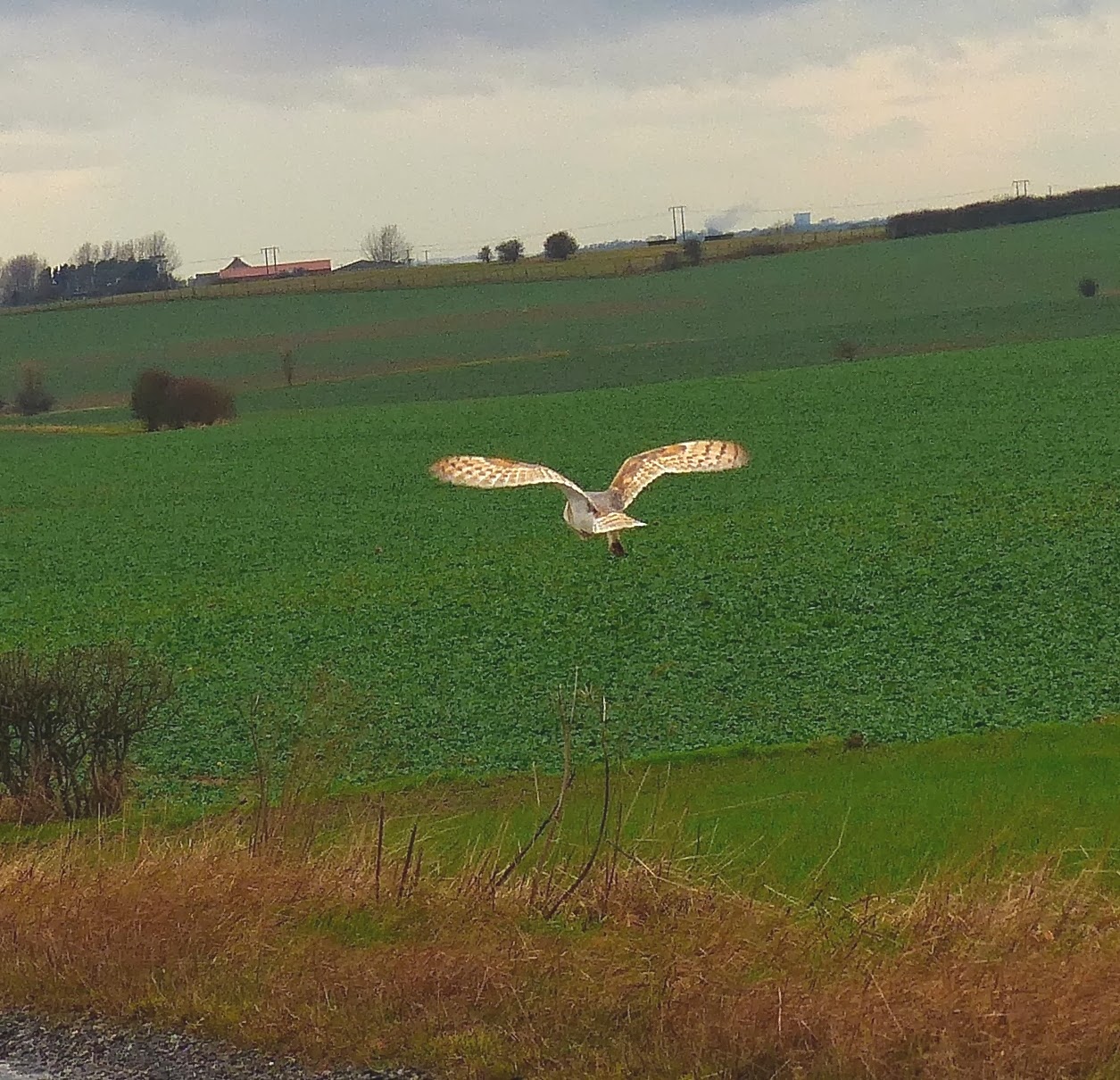 In no time at all it had it's breakfast... 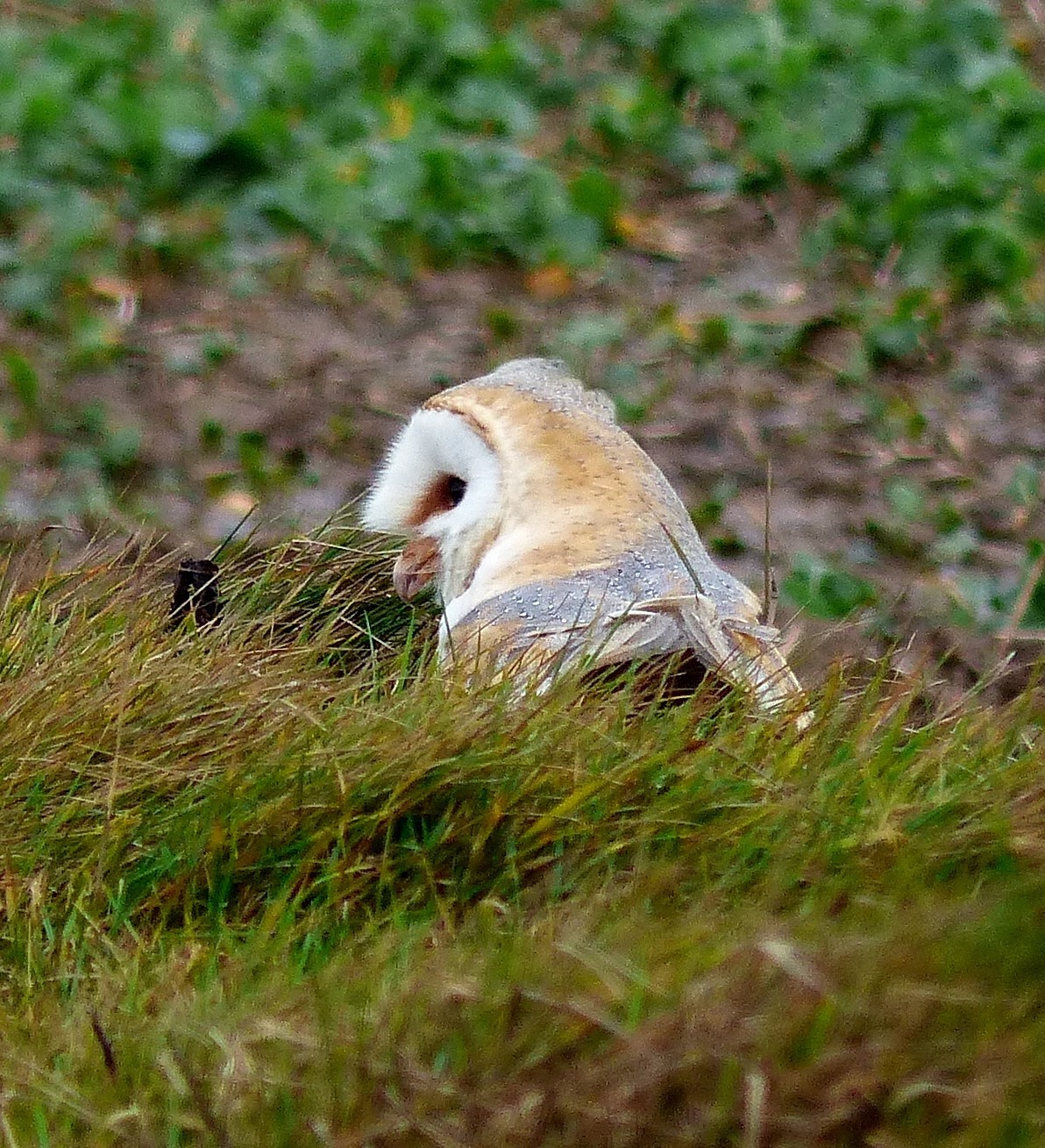 One thing about having a dog is that it forces you out in bad weather! The bonus being you might see something decent even in adverse conditions. This morning was a good example. As Bud was doing what dogs do at the Patrington end of Snakey lane, I spotted this Barn Owl... 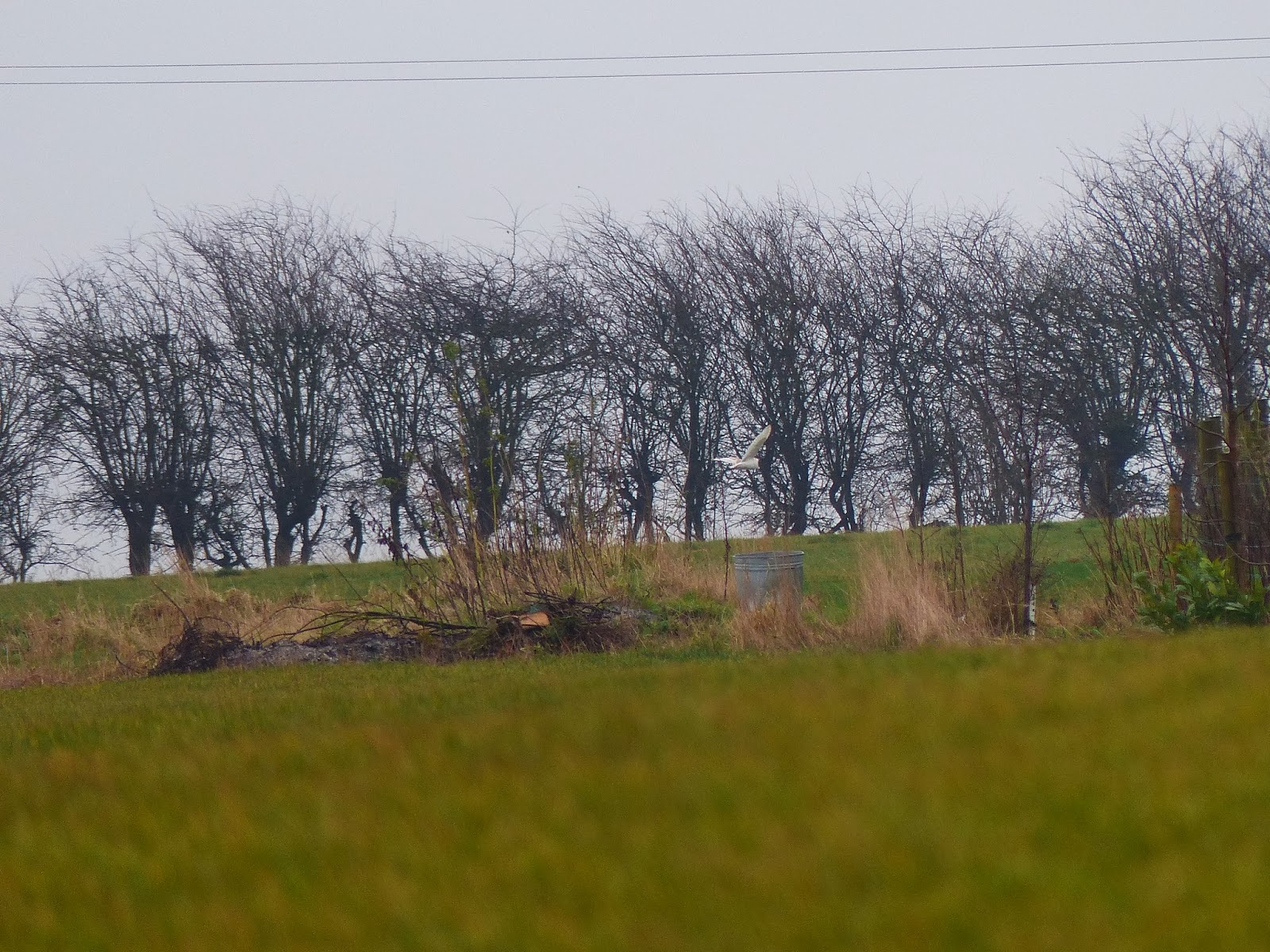 Always appreciated...
Posted by Alan Whitehead at 14:21 No comments:

Thick fog here for most of the day. It lifted briefly mid-morning down Snakey lane enabling me to add Yellowhammer (P.75, H.39) to the patch year list. I reckon there were at least 10 present.
Posted by Alan Whitehead at 21:21 No comments:

Spent the day at NDC. I've promised myself at least one visit a month. After all, I am the "Duffbirder". Great to return to the old Patch.

I decided to do a Big Sit. Maybe not the best idea considering the temperature...


It was a beautiful crisp winter's day however and I was well wrapped up. I started down at Garganey hide as there was more ice free water and a good selection of ducks including at least 30 Pintail. No Whoopers were apparent. I did see some over on Ellerton Ings later in the day.

Around 11 I moved up to the Geoff Smith hide and set my stall out in the "freezer"...


The hide faces North, which is great for viewing but not for warmth. An impressive number of Lapwing (c300) were present with a scattering of Golden Plover (c30)... 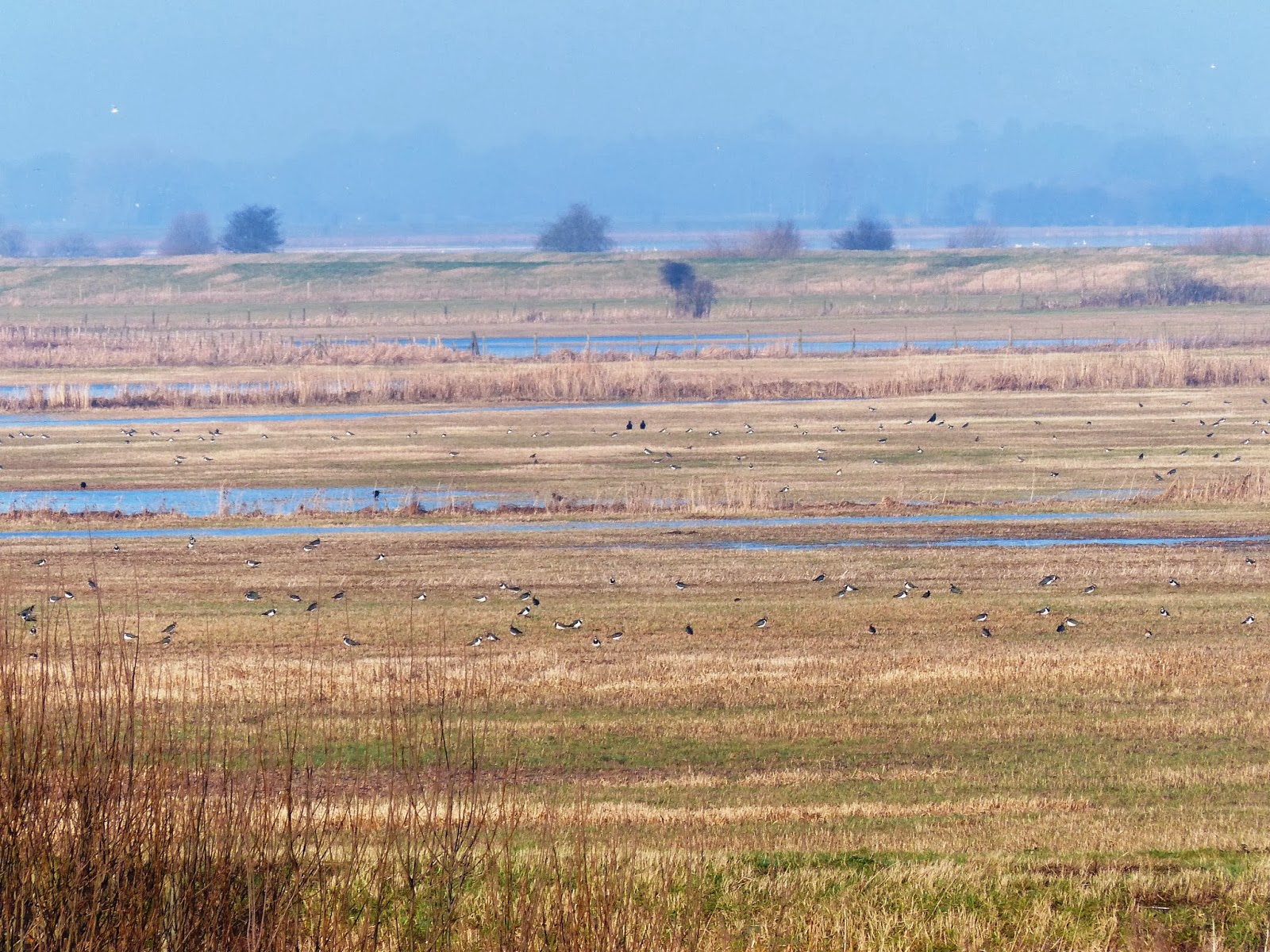 Some surprising/amazing omissions. Chuffed with a Moorhen at 2.30!! Finally picked out a female Mallard sat in the reeds at 3.45!!!

A couple of (very) distant Buzzards were the highlight of a steady and very enjoyable day. 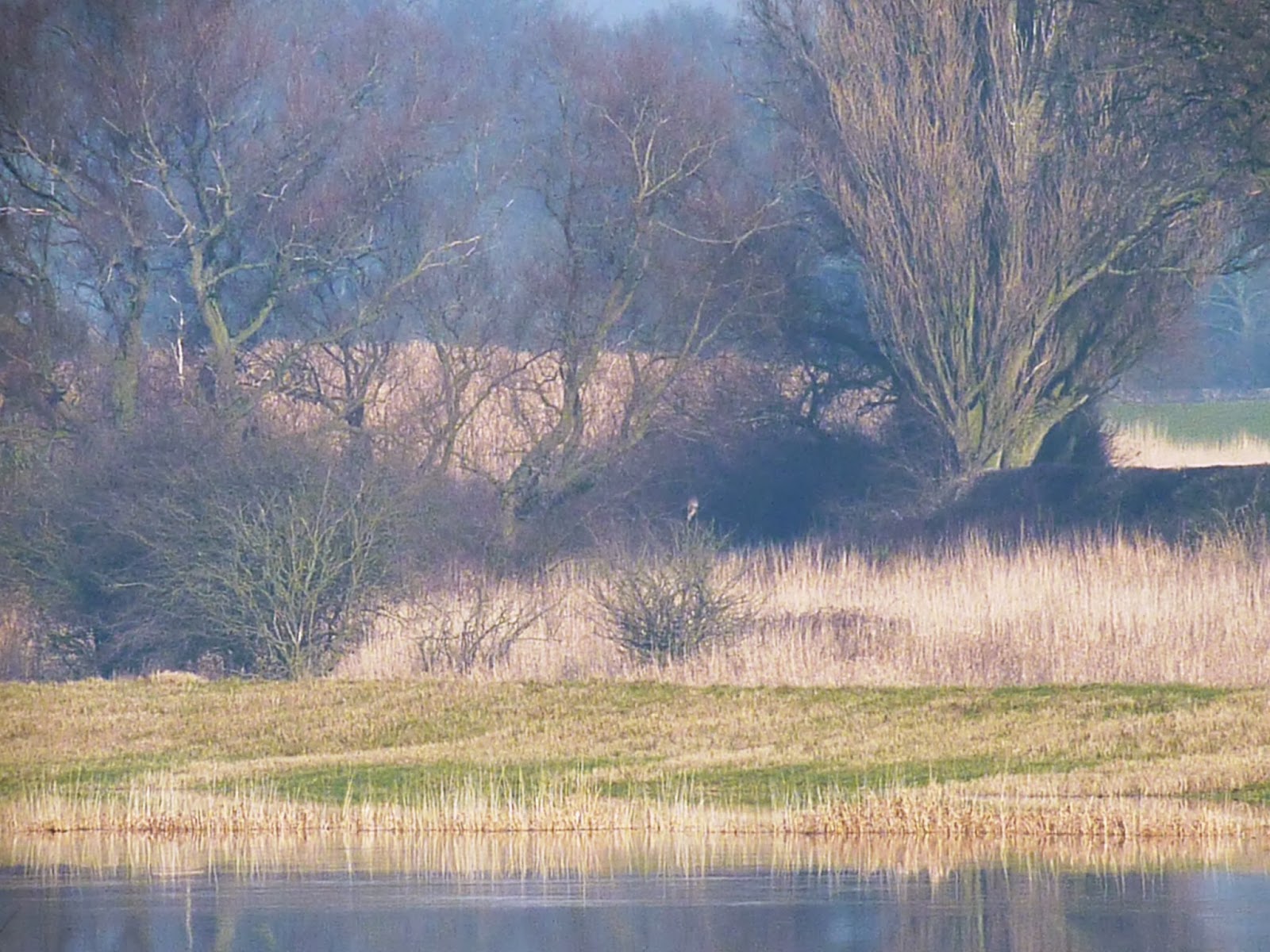 Went to thaw out at 4 after finally giving up on a Barn Owl sighting.


Both yellow-bills are still persecuted both on their breeding grounds and on migration. I won't get on my soap box!


I prefer to dwell on the achievements of these magnificent birds. The stat that stands out for me is the altitude they can fly at.

"Perhaps the most impressive altitude record is that of a flock of Whooper Swans which was seen on radar arriving over Northern Ireland on migration and was visually identified by an airline pilot at 29,000 feet"

Afternoon spent down at Skeffling. Nothing significant but some nice sightings... 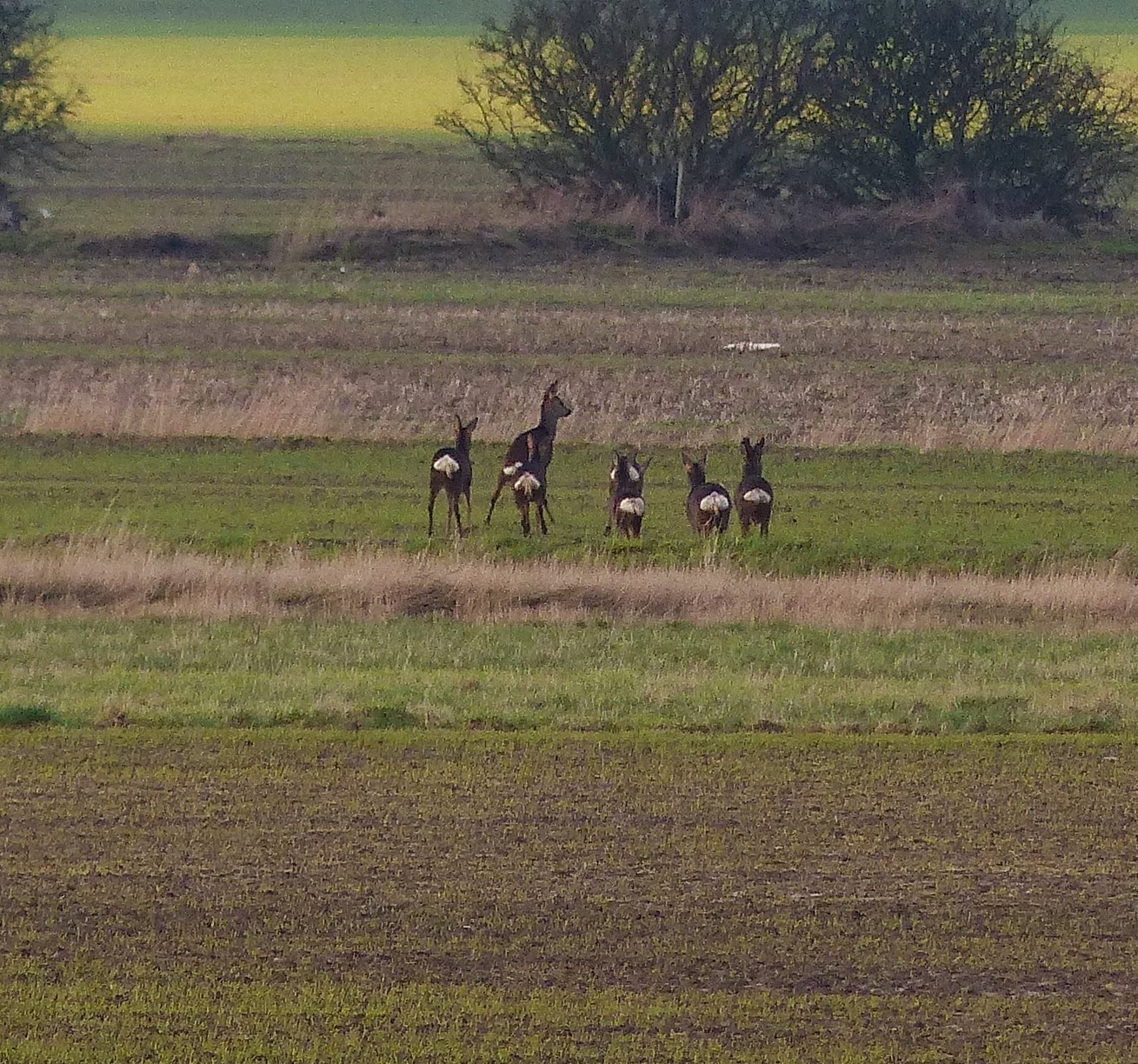 Things coming along steadily regarding the update. Hope to complete soon...
Posted by Alan Whitehead at 20:47 No comments: 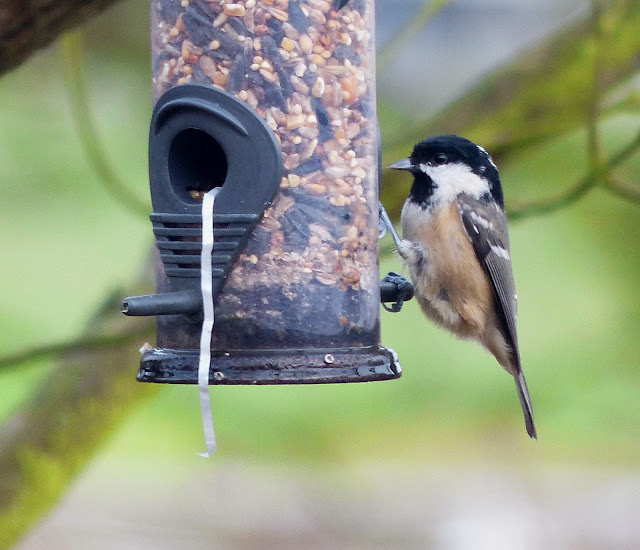 This little gem graced me with it's presence at my feeders this morning. Easier than getting neck ache searching the conifers!


Posted by Alan Whitehead at 20:52 No comments: 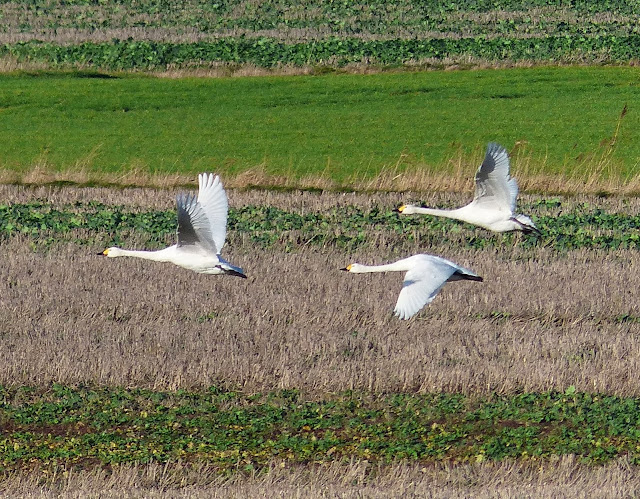 Top sighting yesterday in the form of 3 Bewick's Swans (P.68, S.34) at Long Bank, Kilnsea. A rare bird in Yorkshire these days. Not like the late eighties when I made my first visit to the North Duffield/Bubwith area from my "then home" in Scunthorpe. Three figure numbers of both species were present on the floods...MAGIC!

This morning started well with an impressive flock of Ringed Plover (c50) on the beach at Easington (P.69, S.35). A few Sanderling (S.36) were also present.

Sterling efforts have obviously taken place regarding the Spurn "clean up". I would have helped but I was working at the weekend. 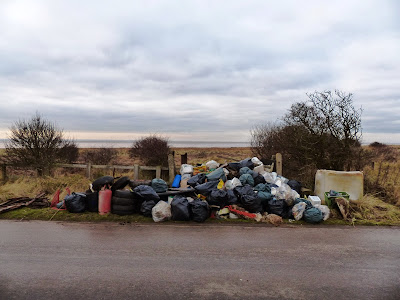 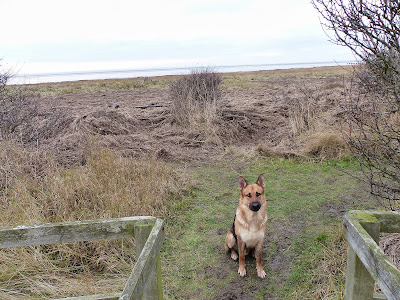 On the way home I noticed someone was having trouble with their car!!!


Posted by Alan Whitehead at 14:42 No comments:

Appreciate what you've got!

Took the lad down the lane this morning. Nice and sunny. Gave him a good blast and saw Great Spotted Woodpecker, a couple of Bullfinches and added Long-tailed Tit (P.67, H.37). I'm grateful to see these species in my village which is an isolated wood in an arable area.


Hope to get out early tomorrow for a good sesh...
Posted by Alan Whitehead at 12:48 No comments:

After mentioning to Phil that I hadn't seen any G.S.Woodpeckers in the village for quite a while I saw 2 this morning! My fledgling Village year list stands at a (very) modest 36 species which includes these fine Snow Buntings... 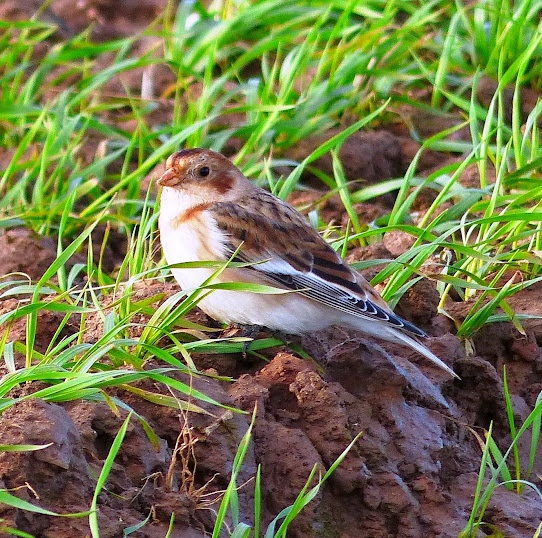 I've updated my Bubo lists for 2014. They can be accessed through the tabs above...if your REALLY short of something to do!

I intend to set myself target totals for my main sites. I just haven't managed to do it yet! Working tomorrow and we've got the outlaws over so my birding year hasn't got off to a flier. Last year did finish with a BANG however with the IVORY GULL and BRUNNICH'S GUILLEMOT.

Still, it's a marathon not a sprint...

Posted by Alan Whitehead at 22:12 No comments:

Still in the act of swapping computers...and programme's. Boring stuff but obviously important. I managed to increase my Patch year list to 66. Best and most unusual sighting was a Woodcock flying along the clifftop while I was sea-watching!

I hope to have sorted everything by early next week?
Posted by Alan Whitehead at 21:29 1 comment:

Bit lively on the West Coast at the moment!!!

Posted by Alan Whitehead at 21:29 No comments:

I'm in the process of swapping/updating my computer. On strong advice I've decided on Windows 7 rather than Windows 8. Other issues like flash card compatibility and transferring files etc will hopefully be sorted out eventually? For now I may still use the old one but it is on it's last legs, taking a "rest" (i.e. shutting down) when it feels I've been working it too hard! My 20+ year old tele' does a similar thing. Maybe I'll be doing it soon?!

I had a leisurely roam around a few areas today, ending up at Patrington Haven for the last couple of hours. Managed to amass 45 species to get the year going. My "race" days are over. I was hoping for a Harrier or an Owl but it wasn't to be. Memories of the IVORY GULL returned. The whole experience still fills me with awe. There was still some rotting fish present in the now famous spot.

I still haven't decided on my "tactics" for the year. I need to decide on a strategy that gives me a definite purpose to my Birding. I feel a trend to concentrate on certain sites would be rewarding rather than scooting around visiting many areas. This relates back to when I used to bird Duff'. Here my time was spent mostly in the hides, so I had a definite base. Here on the coast the areas are more open, although there are a few hides scattered around. Not better or worse...just different.

I MUST send my records in to Birdtrack more regularly. Again this would give my Birding more purpose. I'm still toying with the idea of joining the Foot It challenge, although my mobility or lack of it may be a problem.

Whatever you decide to do with your Birding this year I wish you well. Most of all...ENJOY IT!!!


Posted by Alan Whitehead at 21:36 No comments:

I provisionally added 5 species to my British list (see below) bringing my total to 486. I say provisionally because there seems to be some debate over the DUSKY THRUSH. It looks good to me...but what do I know? If it's "dissed" I'll obviously remove it...even though I won't agree!

Big Dip was the HERMIT THRUSH.

I had a stroke of bad luck when I missed THREE Yorkshire ticks whilst away in Texas...I wouldn't have swapped it I hasten to add. Three in three weeks takes some doing though!!

The IVORY GULL saved the year however. What a bird, for so many reasons. One being it was on my Patch!

Average to embarrassing I would say. In my defence I didn't push too hard. Must try harder though...and I will this year. Don't want to set targets too high, too early!

So that's it. Brief and uninspired I admit. I prefer to look forward than reflect. Here's to 2014 although 2013 produced some amazing MEGA'S. Below are the birds I still haven't seen in Britain that occurred last year..

Further trips to Shetland may be needed! Although, as the BRUNNICH'S GUILLEMOT proved, they turn up further south...eventually...if you live long enough!

All the best for 2014...
Posted by Alan Whitehead at 17:26 No comments:
Newer Posts Older Posts Home
Subscribe to: Posts (Atom)