We leave (very) early on Sunday from Manchester. Still, who cares, by mid-afternoon we'll be landing in Palma, Mallorca. Pick the car up and a short drive North to our hotel between Puerto Pollensa and Alcudia. Exact location already mentioned... but I'll mention it again...backing onto the Albufereta Marsh. I'm going to ask for a room overlooking it. Can't imagine it will be full. I hadn't realised it's the first day of their season! Hope there's not to many teething problems?

I'm satisfied with my planning (almost as much fun as doing it!). Major help from Mike Montier on the Mallorca Birdforum thread...thanks Mike. Information also obtained from Hugh Matthews and Martin ? (didn't give his surname).

I aim to cover most parts of the island. Also, as previously stated, I realise it's very early in the year but the plan is to get some sun (there I've said it now) and enjoy some of the special resident birds. There's always the chance of some early migrants.

I can just about remember some of the spectacular scenery in the north of the island...it was 1988 when my two lads were toddlers!

Special birds of interest for me, for a variety of reasons, are as follows...

That lot should keep things interesting.

I hope to report most evenings but can't promise. I hope I can provide something of interest for you...

This little chap should be up and singing for a start...

Posted by Alan Whitehead at 13:04 No comments:

Posted by Alan Whitehead at 22:31 No comments: 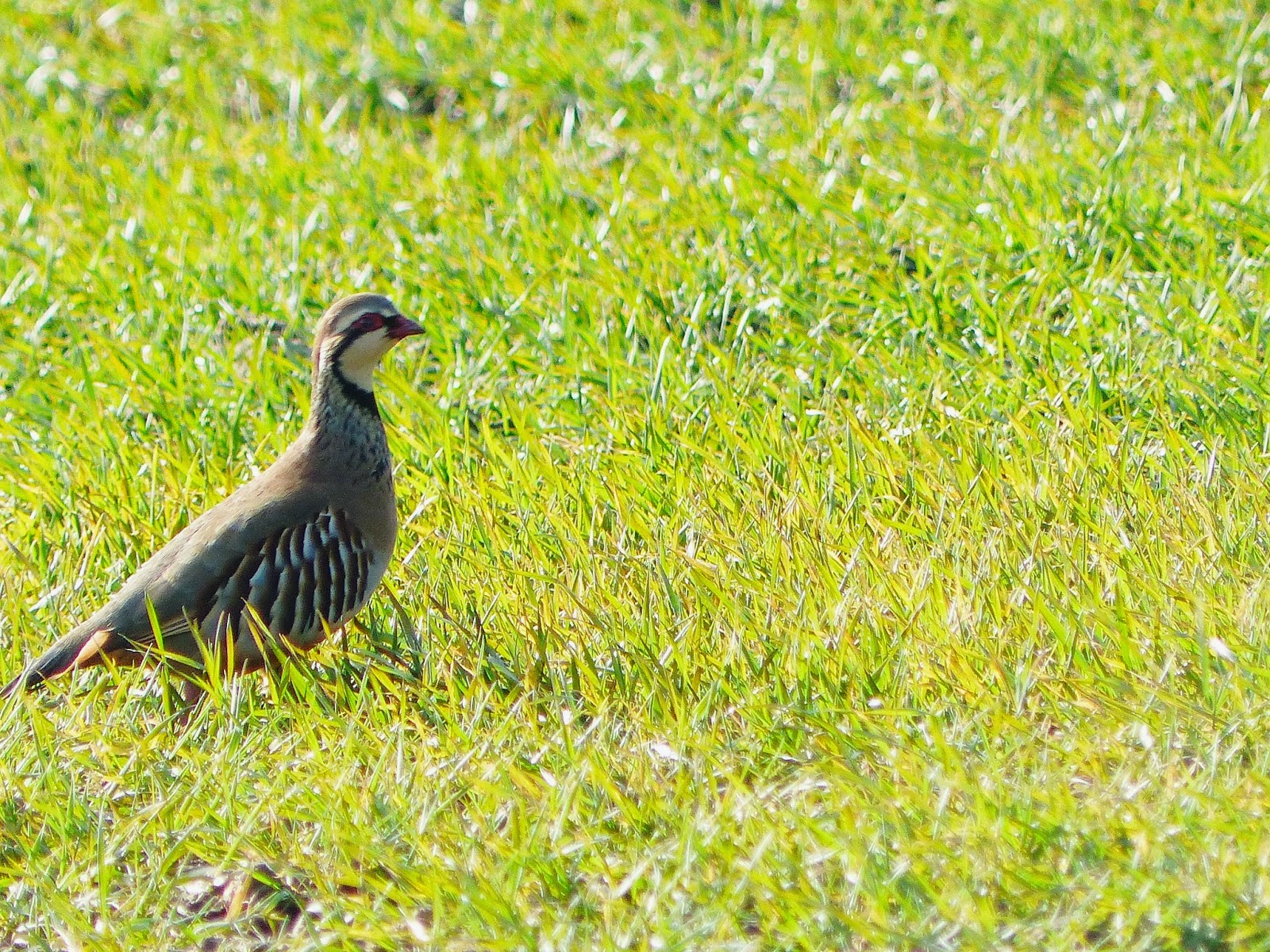 ...but still no Grey Partridges yet. Plenty of flooded fields due to the heavy rain lately. One turned up another couple of Village ticks this morning, again down Snakey. 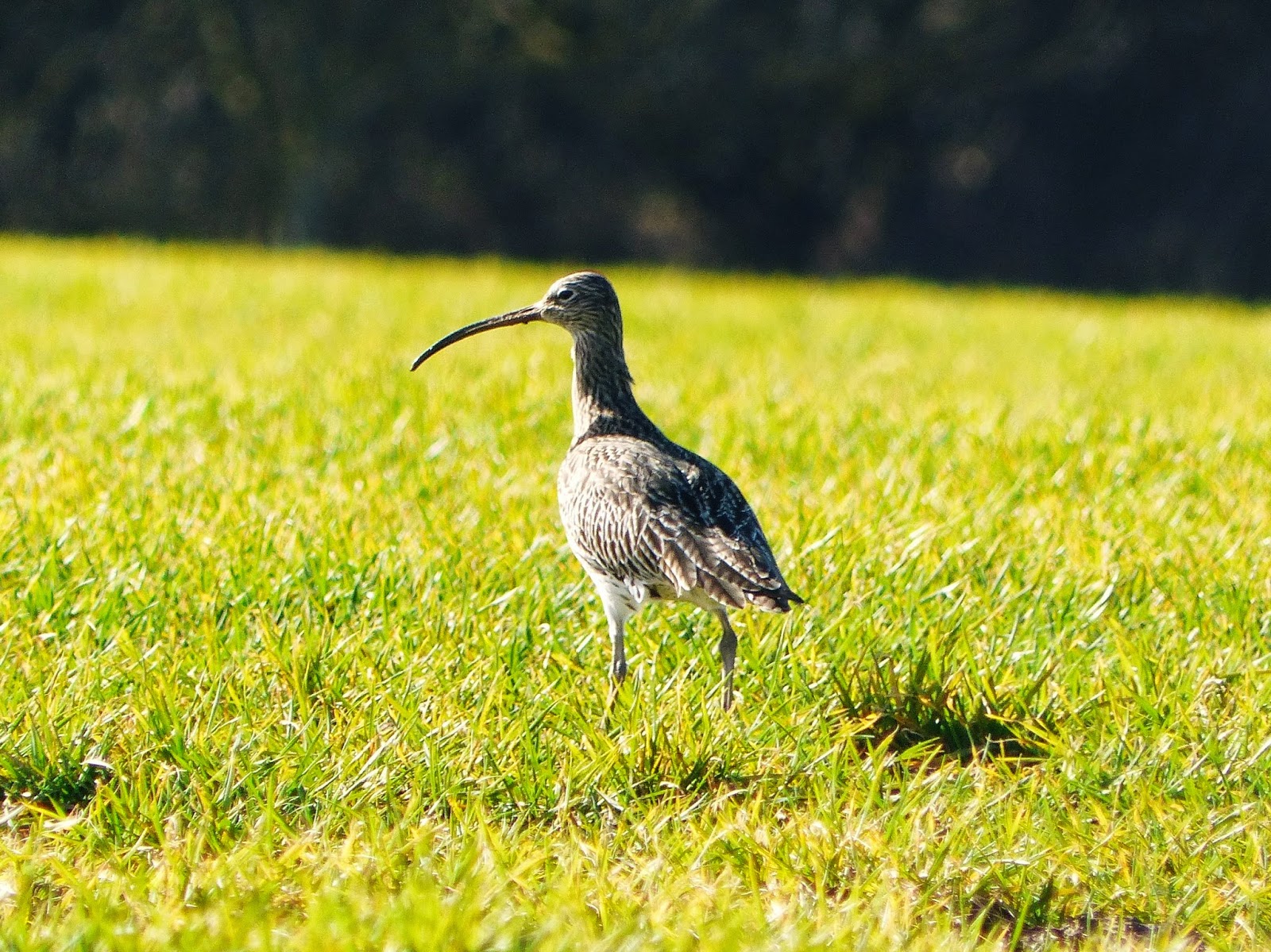 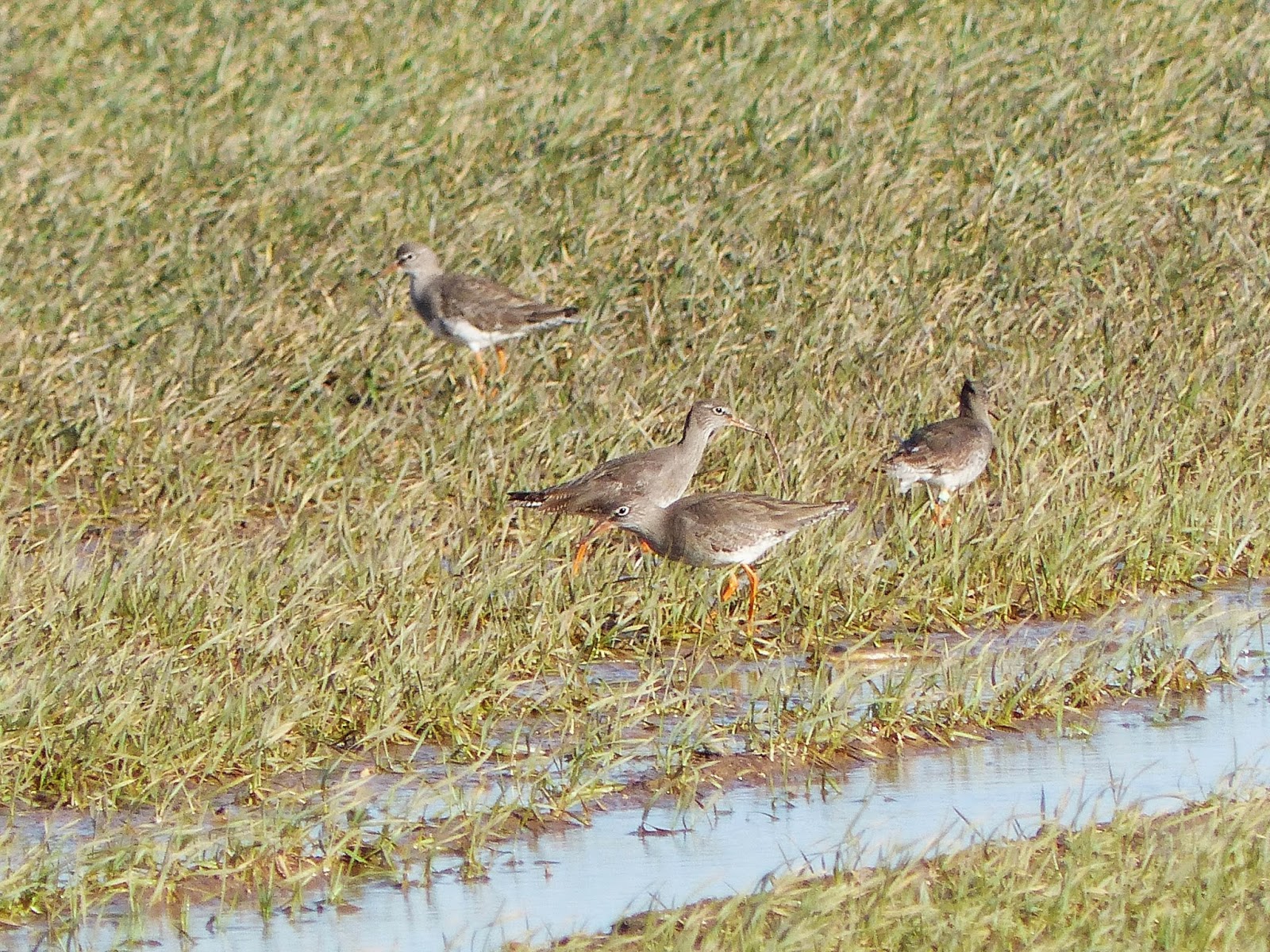 Having had a look at my far too long "Birds I should have seen by now list" I decided to take Bud along the canal footpath at Spurn. Wonder if there's a Coot (S.46) lurking in the reeds...

Back home for lunch...so that's where all my seed's going! 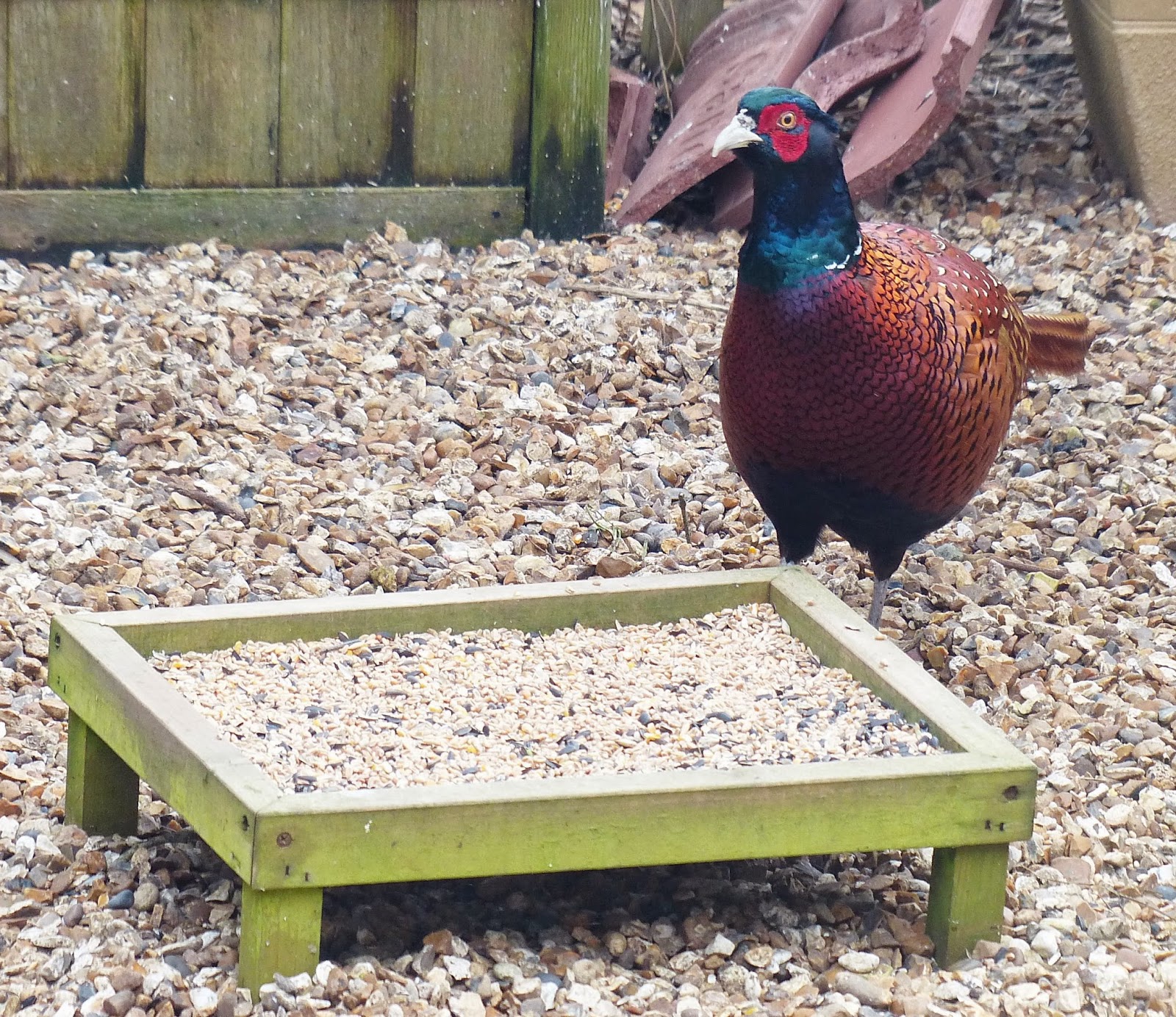 No Goldfinches seen yet on the whole Patch. Maybe I can attract some to my yard? 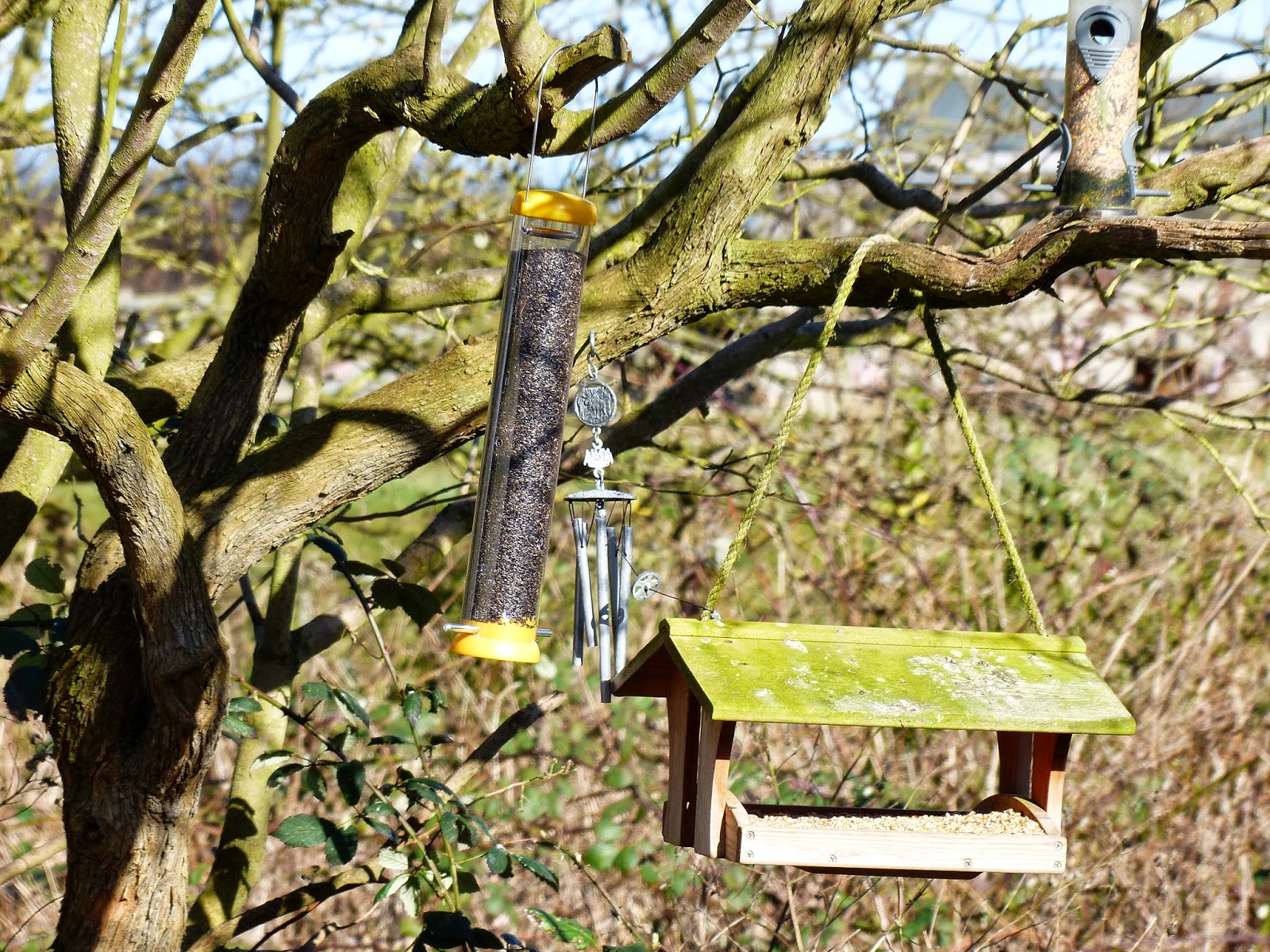 Posted by Alan Whitehead at 13:31 No comments:

A question of balance

HAVE TO DO V WANT TO DO

Life in a nutshell! The former winning out at the moment but some time tomorrow and Wednesday for local birding.

Then Sunday morning at 6am we're off to Mallorca for 10 days. I hope to post a brief itinerary, once finalised. It's obvious already that the Gosney guide will be taking centre stage. I hope to post fairly regularly whilst on the island...almost certainly while my better half is getting ready for our evening meal.

Still slightly unsure as to whether certain species will still be there/have arrived yet?

Too early for most migrants but I hope to turn up some surprises. Enough quality species, habitat and scenery to keep me interested though...as well as (hopefully) keeping Louise happy!

This monster has (relatively) recently colonised the islands...

Apparently in late 2008 an impressive group of around 100 birds suddenly appeared on Mallorca carried on strong westerlies from the Iberian peninsular. That must have been quite a sight!!!

Posted by Alan Whitehead at 22:35 No comments:

A Song Thrush (H.38, P.73) is belting it out down my lane at the moment. Wonder if it's the same bird as last year? At dusk tonight at least 6 robins singing between the cottage and the farm entrance...

Serious Mallorca planning in progress at the moment. I'll post a summary of my intentions soon. It may bring back some memories for you or help in planning a trip...
Posted by Alan Whitehead at 19:26 No comments:

A fine uplifting sight today on yet another gloomy cold day.

I was returning from Out Newton when I noticed some birds distantly in the farm fields... 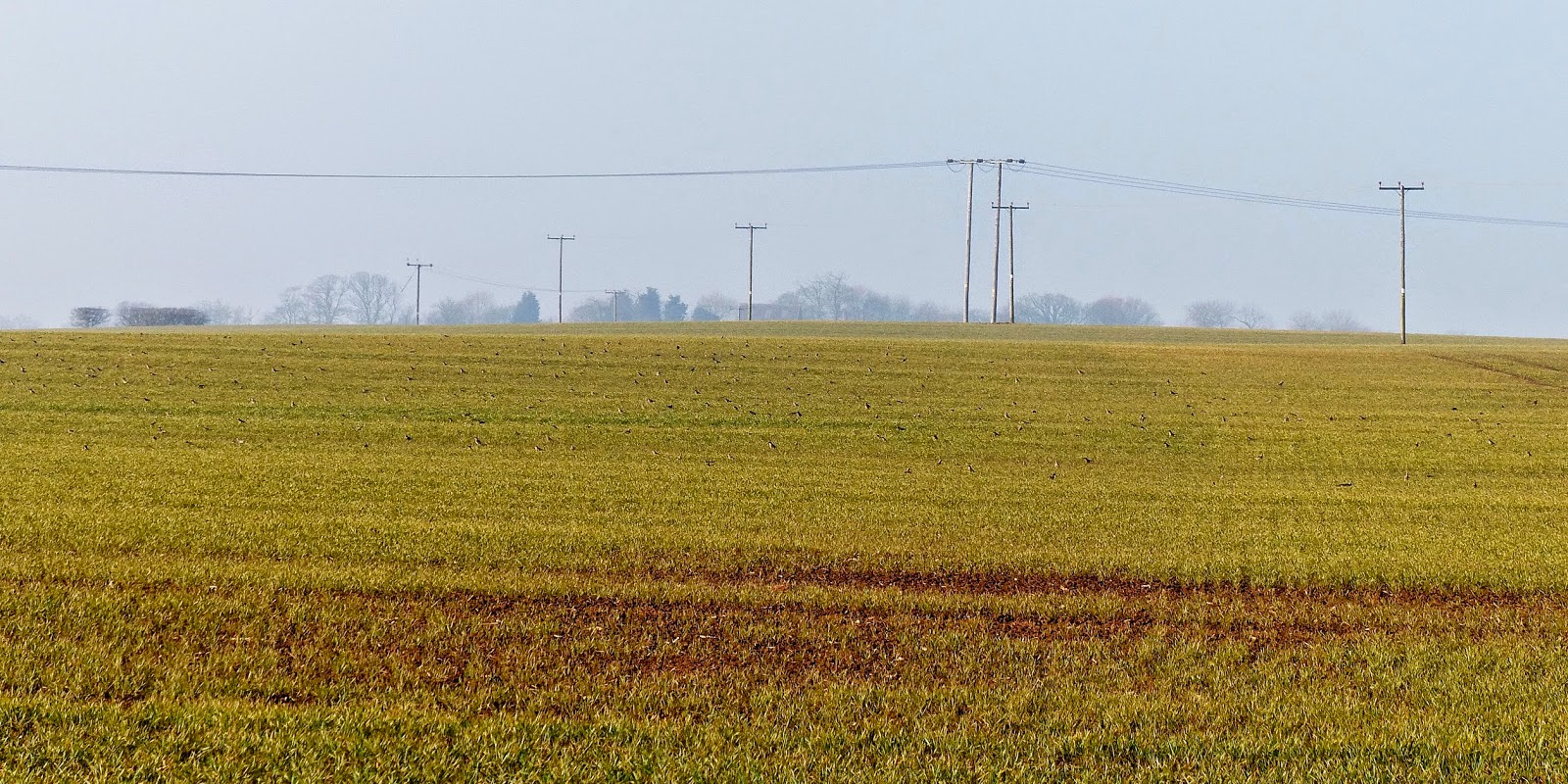 I can't remember seeing a bigger flock. A conservative estimate was 500. I was lucky to see them in a brief visit from the sun. Despite scanning the flock for a good 30 minutes I couldn't see a single Redwing. A fine sight none the less made all the more notable as they were less than half a mile form my house.

A small group of Stock Dove were also present... 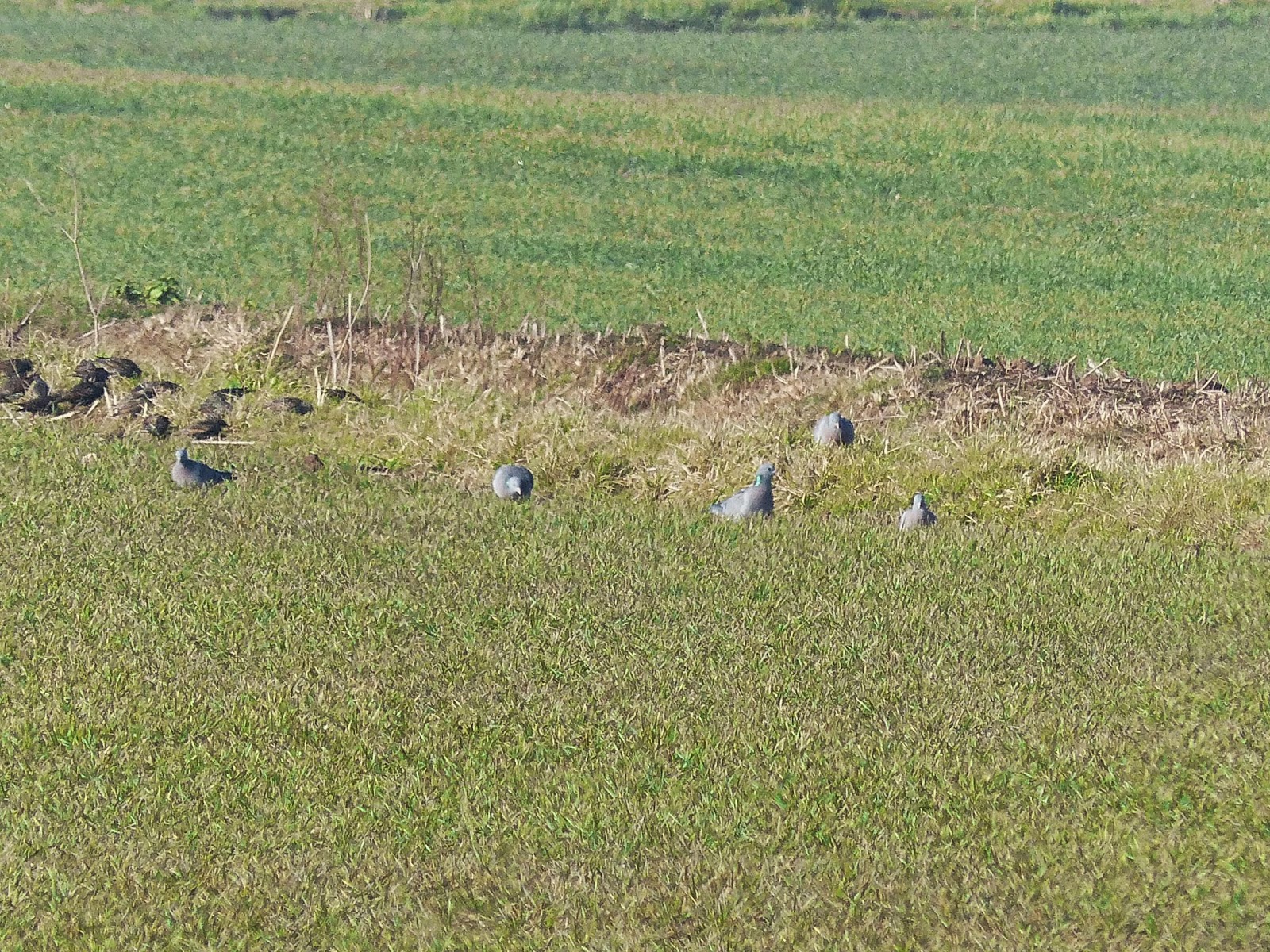 A group of Deer appeared through the mist... 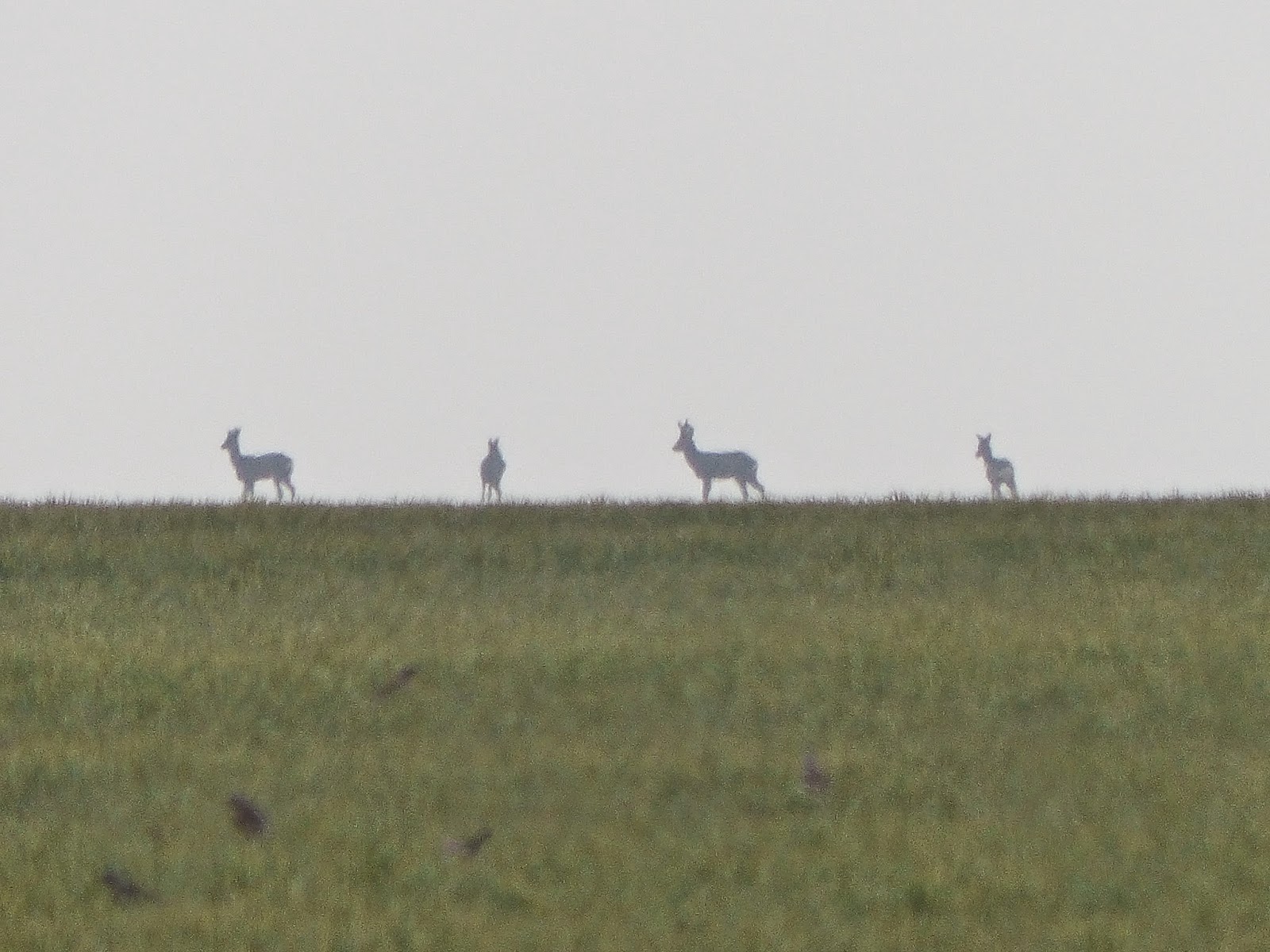 Thrushes are always nice to see... 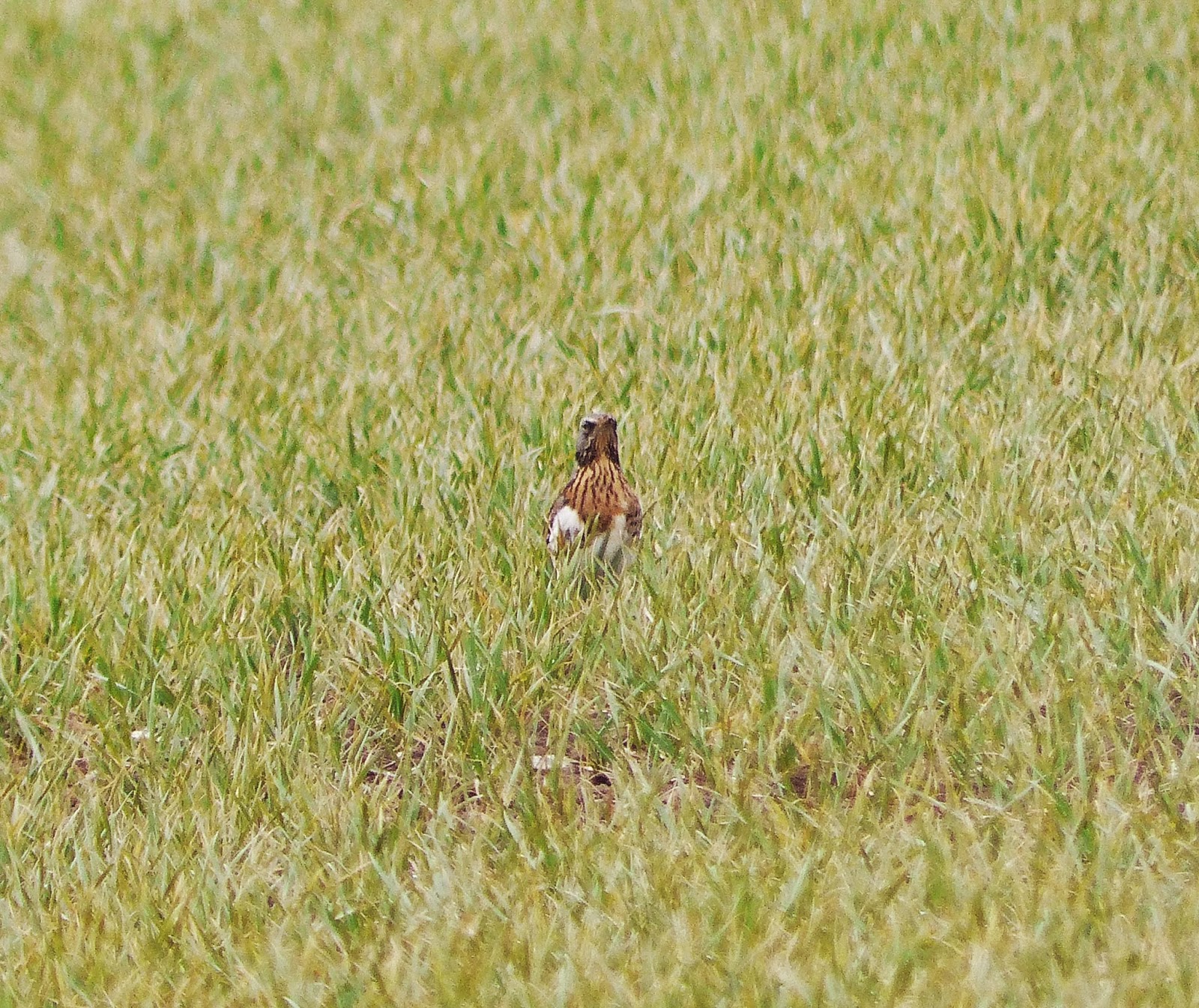 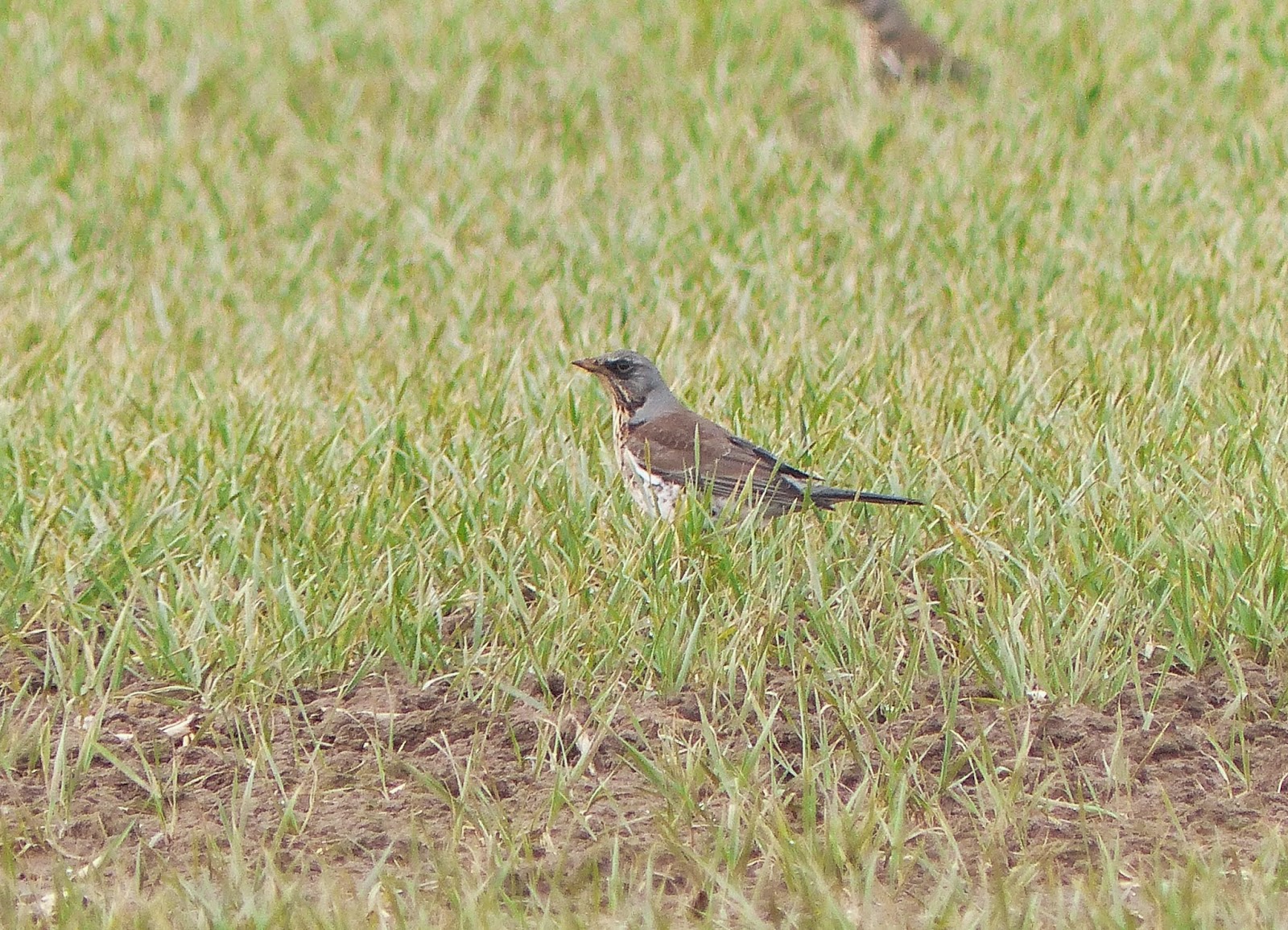 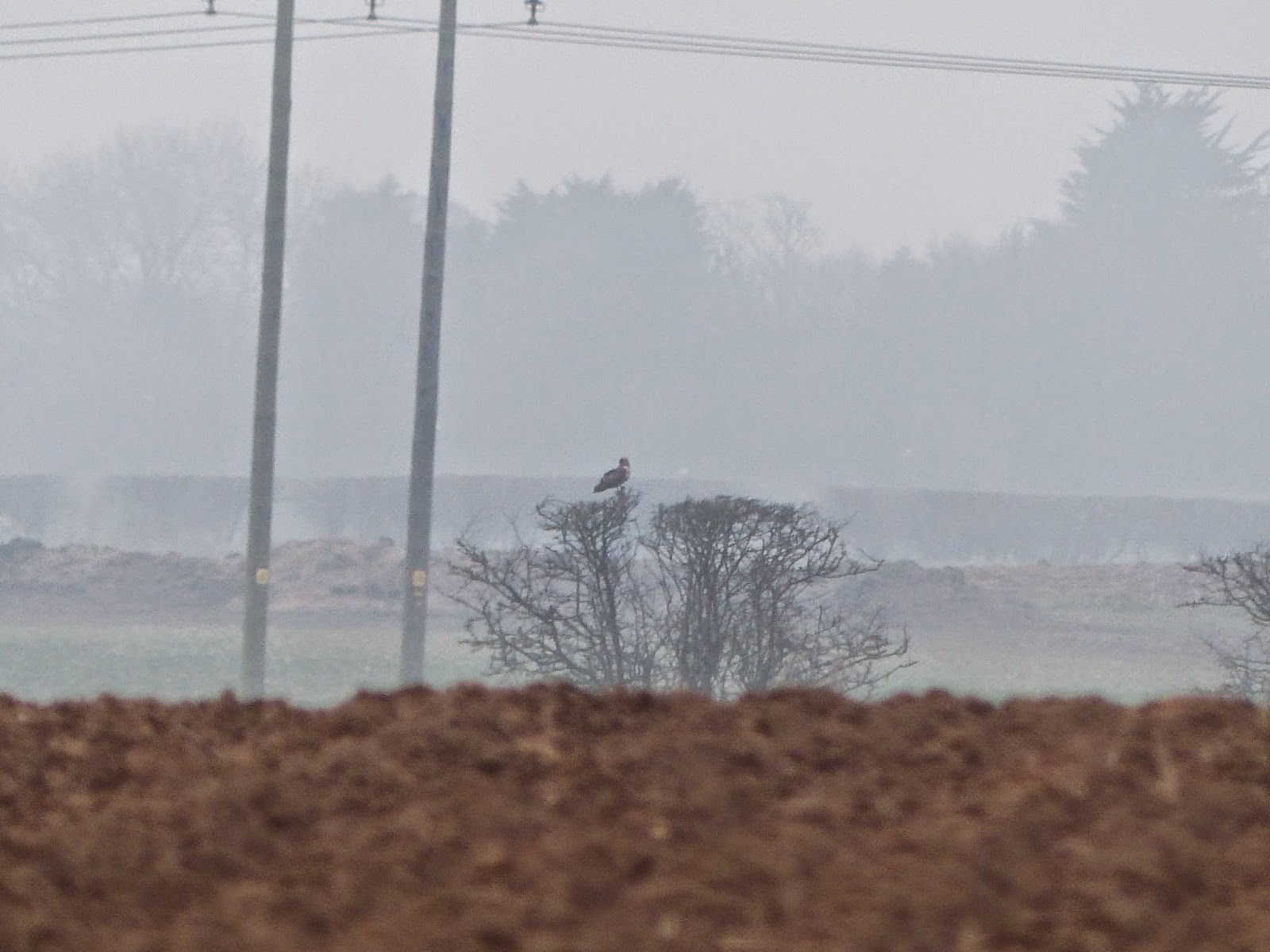 Be good to get some of this...


Posted by Alan Whitehead at 21:27 No comments:

Started as usual on the clifftop with you know who. An hour's seawatch produced hardly any passing birds at all but I did manage to pick out a couple of Guillimots (P.71, H. 32) on the sea. As I was leaving I noticed a large group of Tree Sparrows, always nice to see... 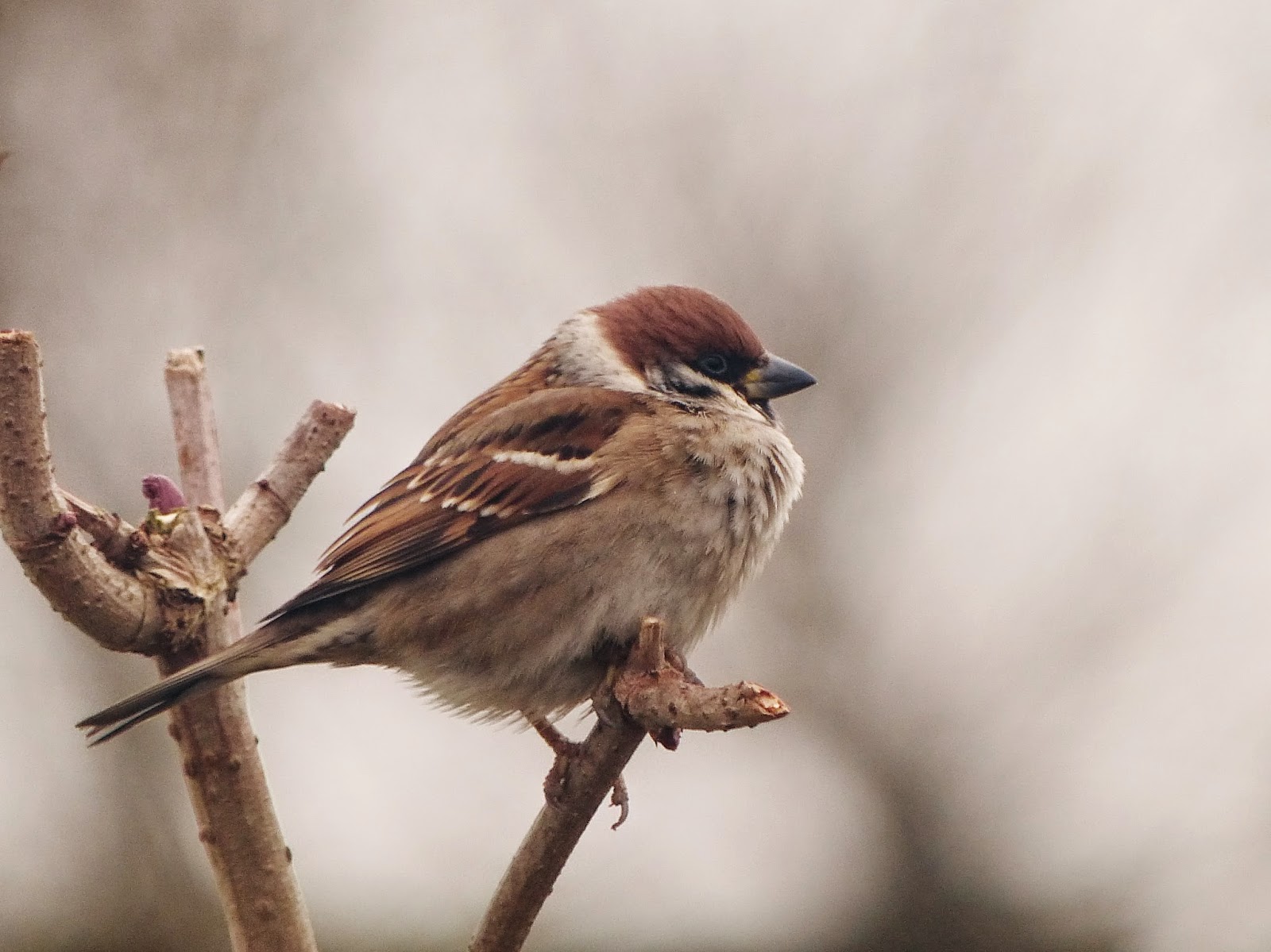 Phil Jones has sent me a few texts over the past year or so informing me of a Little Egret at the sewage. Every time I've failed to see it. The other week I saw a couple towards Hollym. Finally this morning as I was passing, there one was...bold as brass...in the flooded field, right by the Sewage plant... 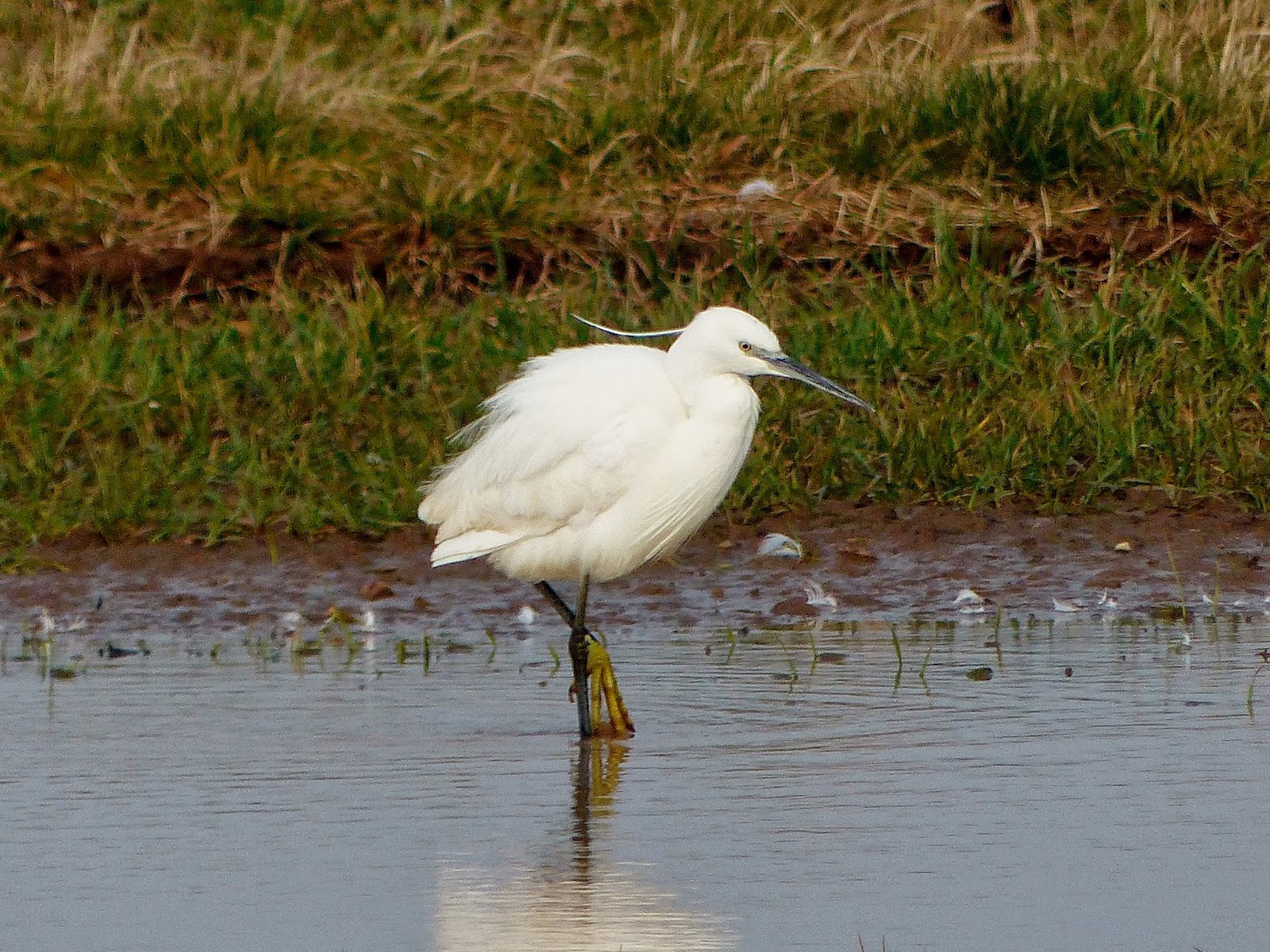 A great addition to the area over recent years and never to be taken for granted.

After lunch I decided to visit Welwick Marsh. Always hopeful of a Harrier or Owl. Very peaceful down there this afternoon, no wind at all, which doesn't happen often! Unfortunately nothing over the Marsh at all for the first hour although there were plenty of waders over the Humber. Knot were making some characteristic shapes... 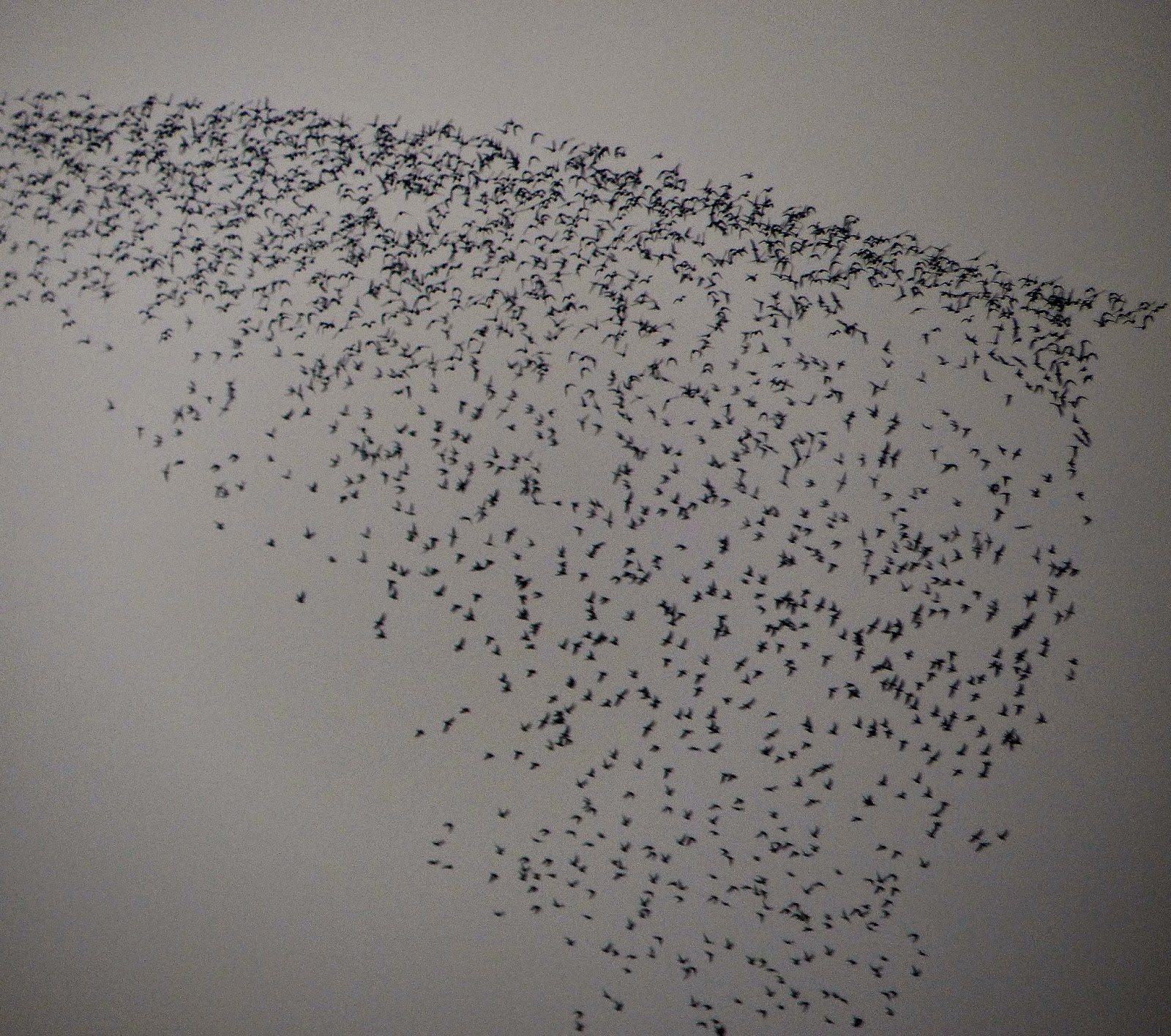 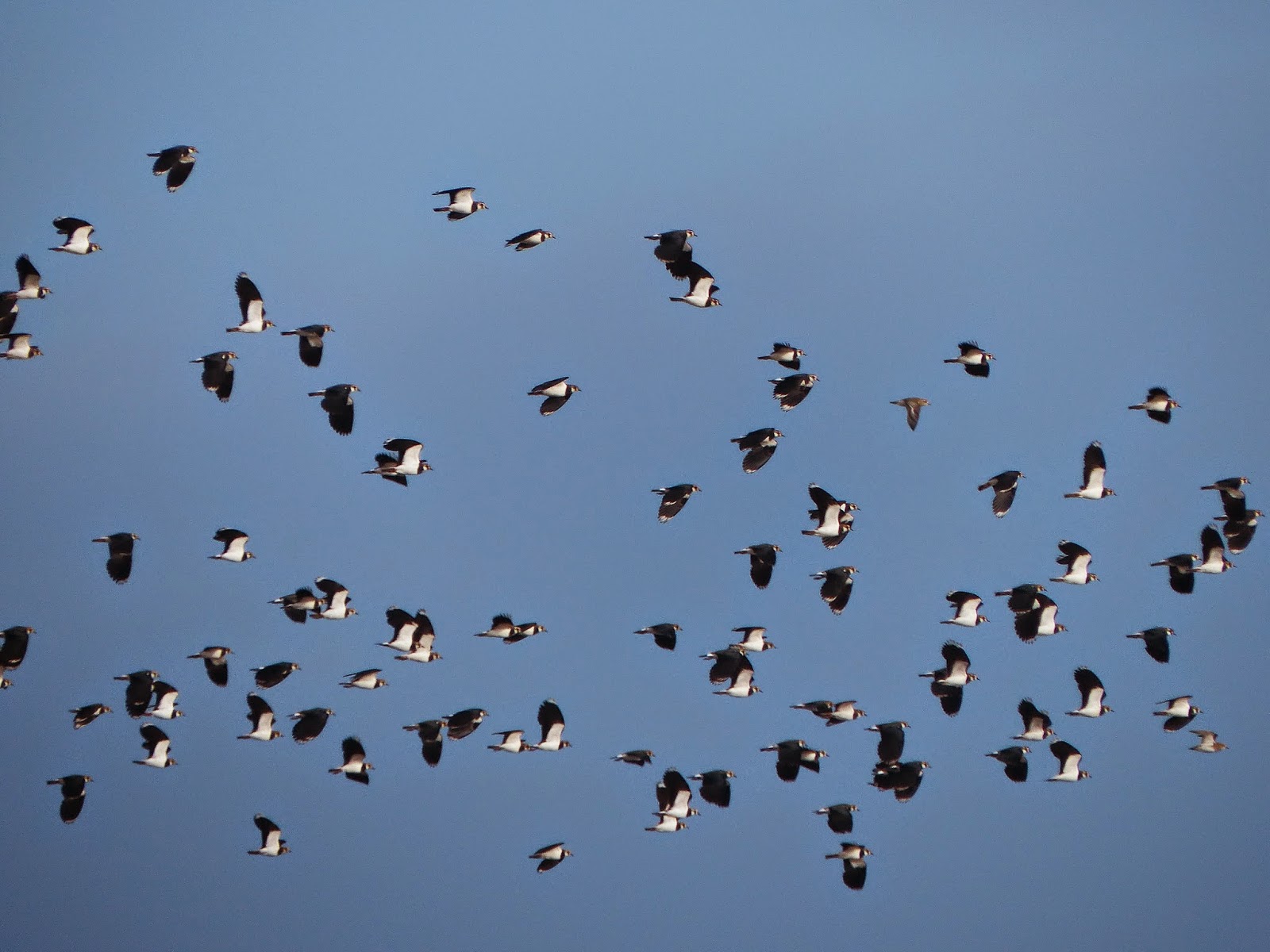 Then around 4 a distant Marsh Harrier passed west very quickly... 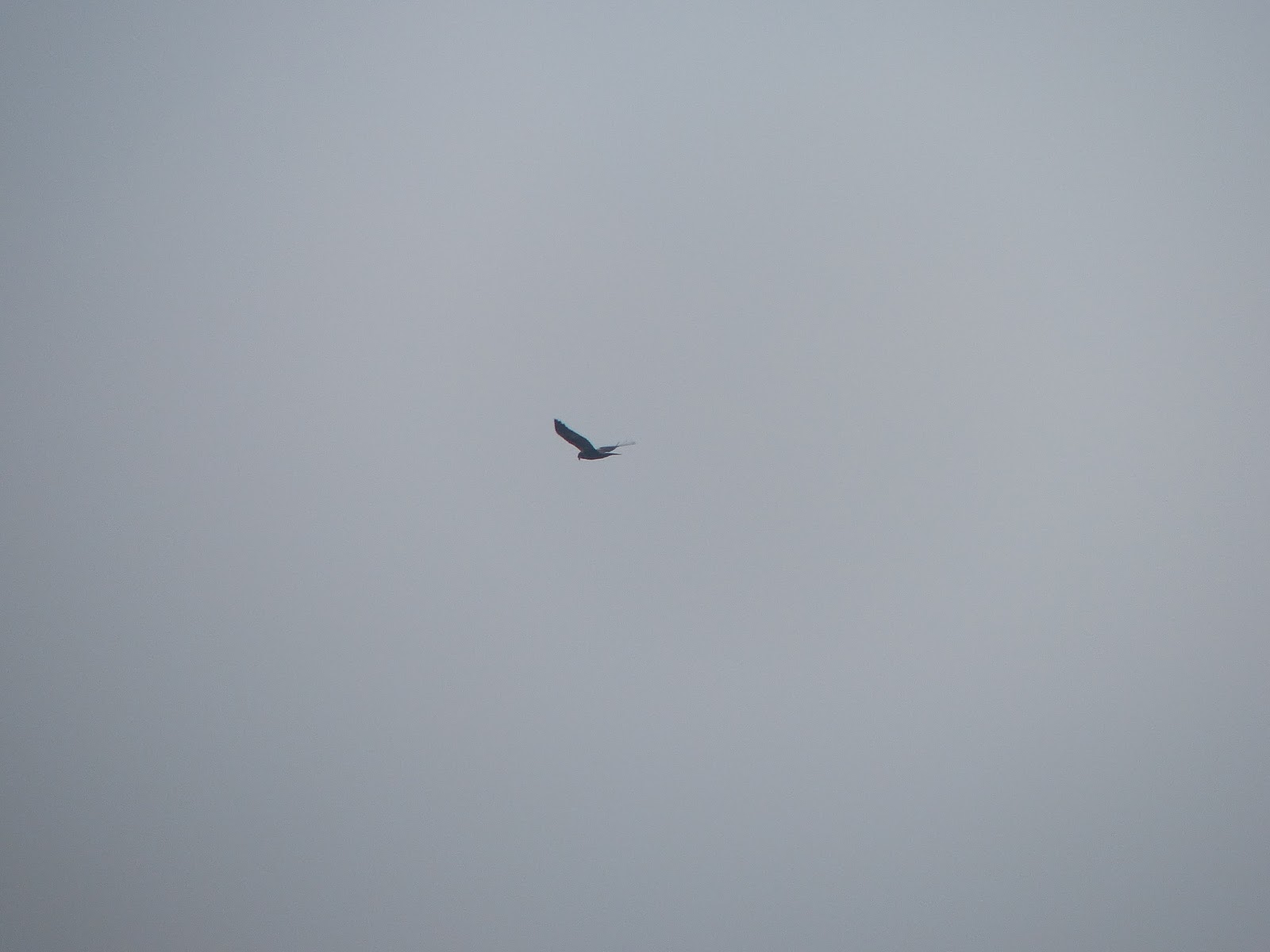 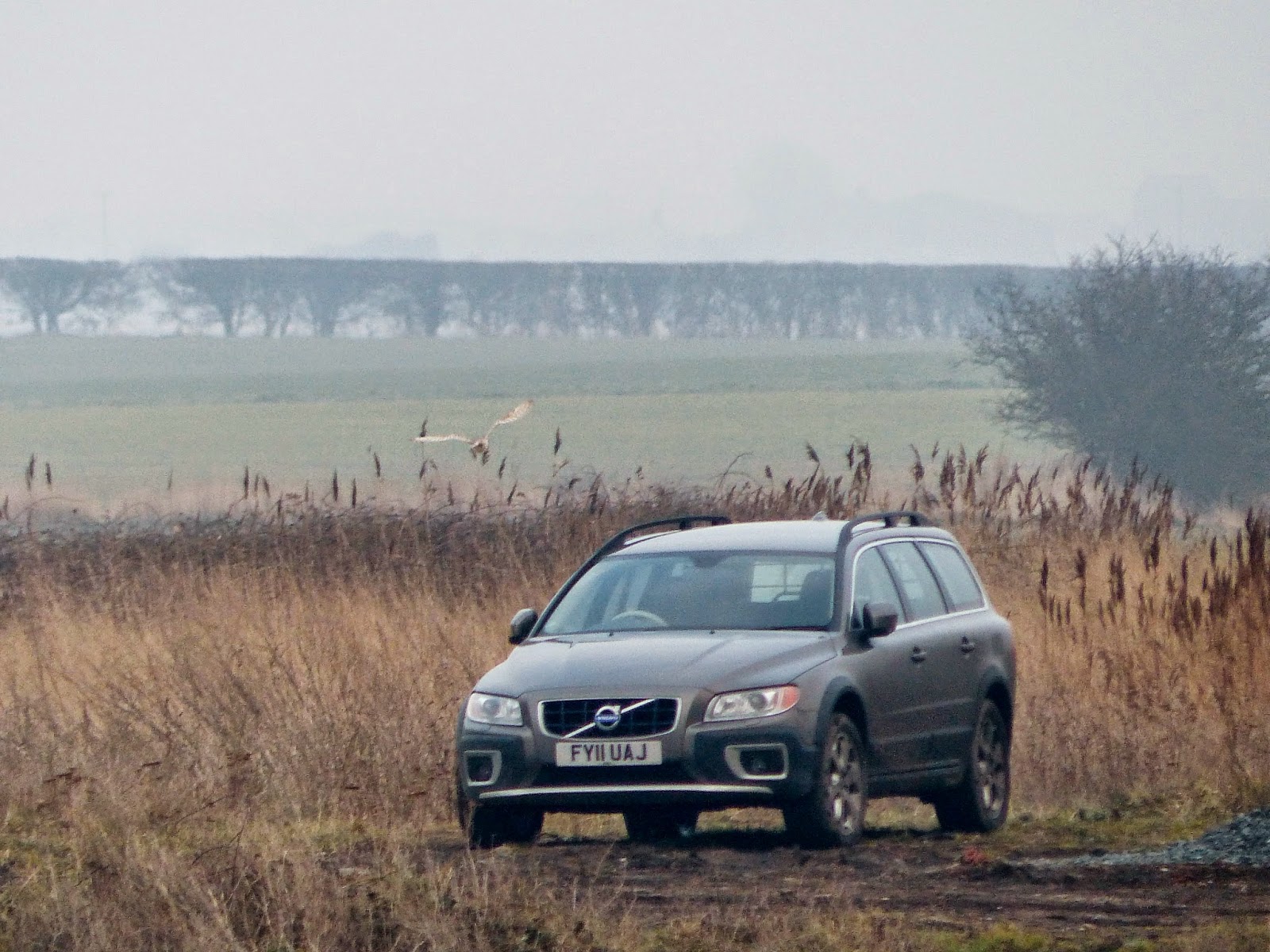 Posted by Alan Whitehead at 20:01 No comments:

Snakey lane provided the first Partridges of the year in the form of 6 Red-legs (P.70, H.31) this morning...here's four of them... 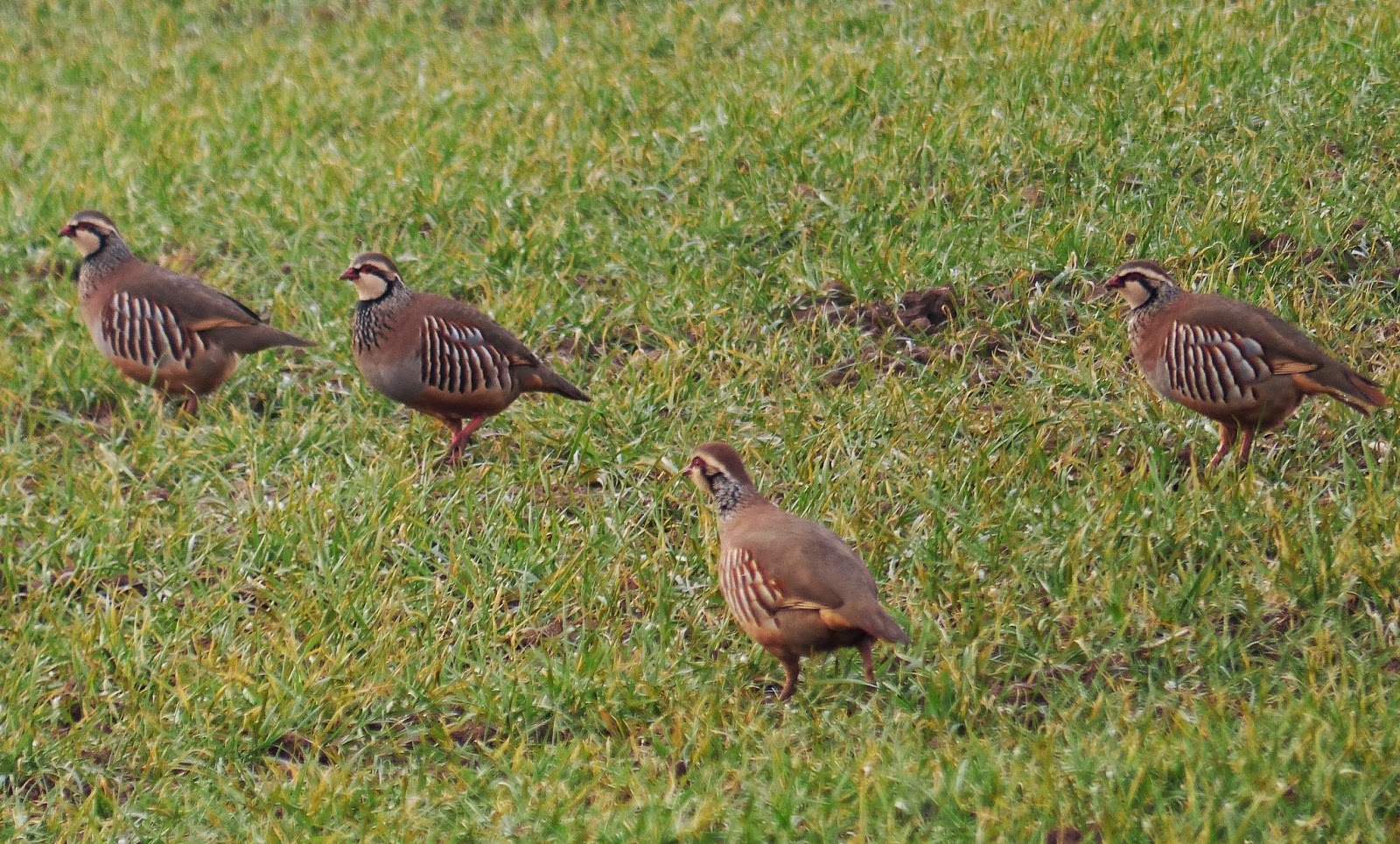 Further down the lane I noticed a rather large shape perched in a bush some 80yds from the road. It then dropped from the bush to the ground... 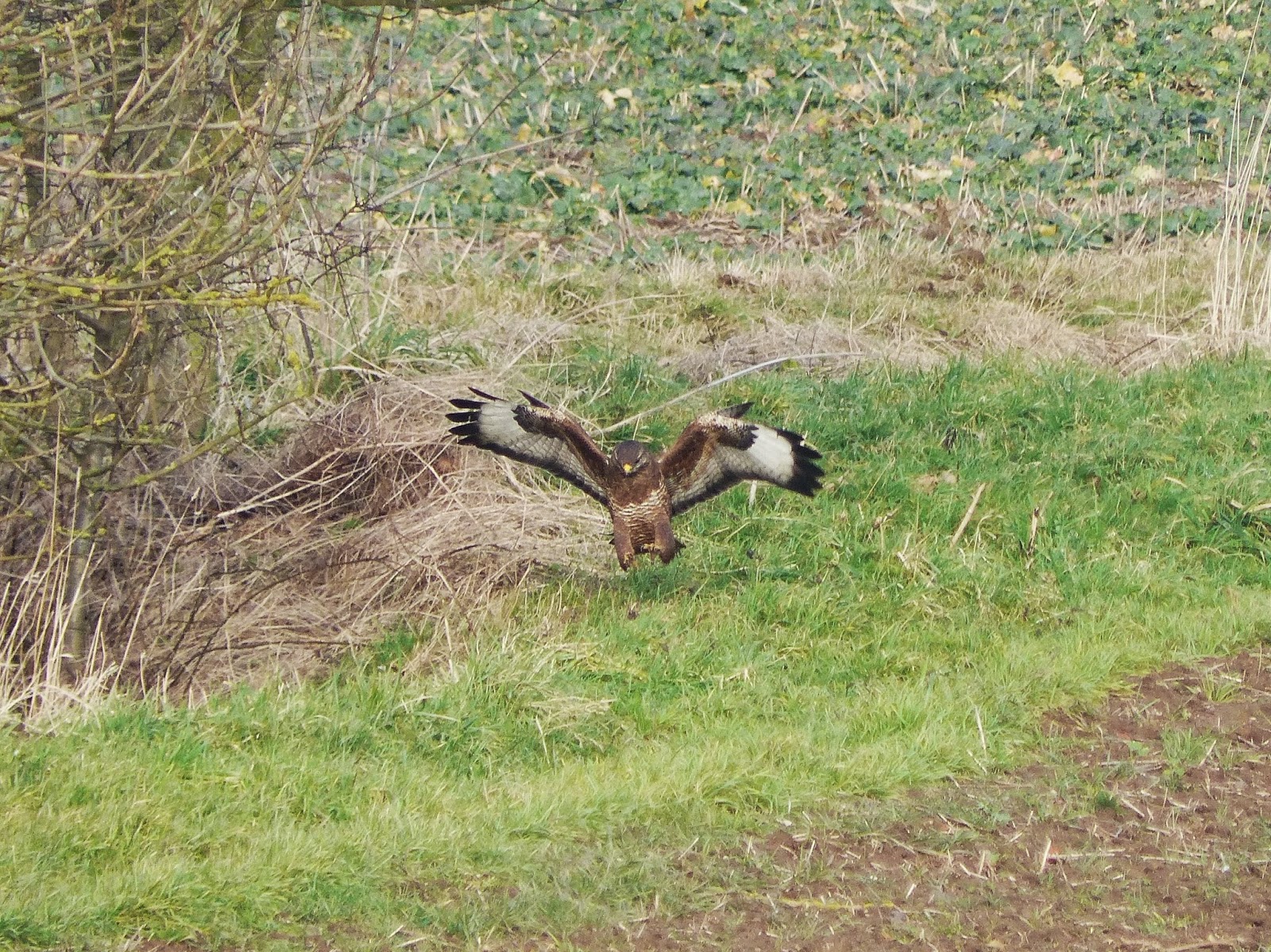 This bird has been hanging around the area for quite a while now. It spends a lot of time on the ground while hunting it's prey... 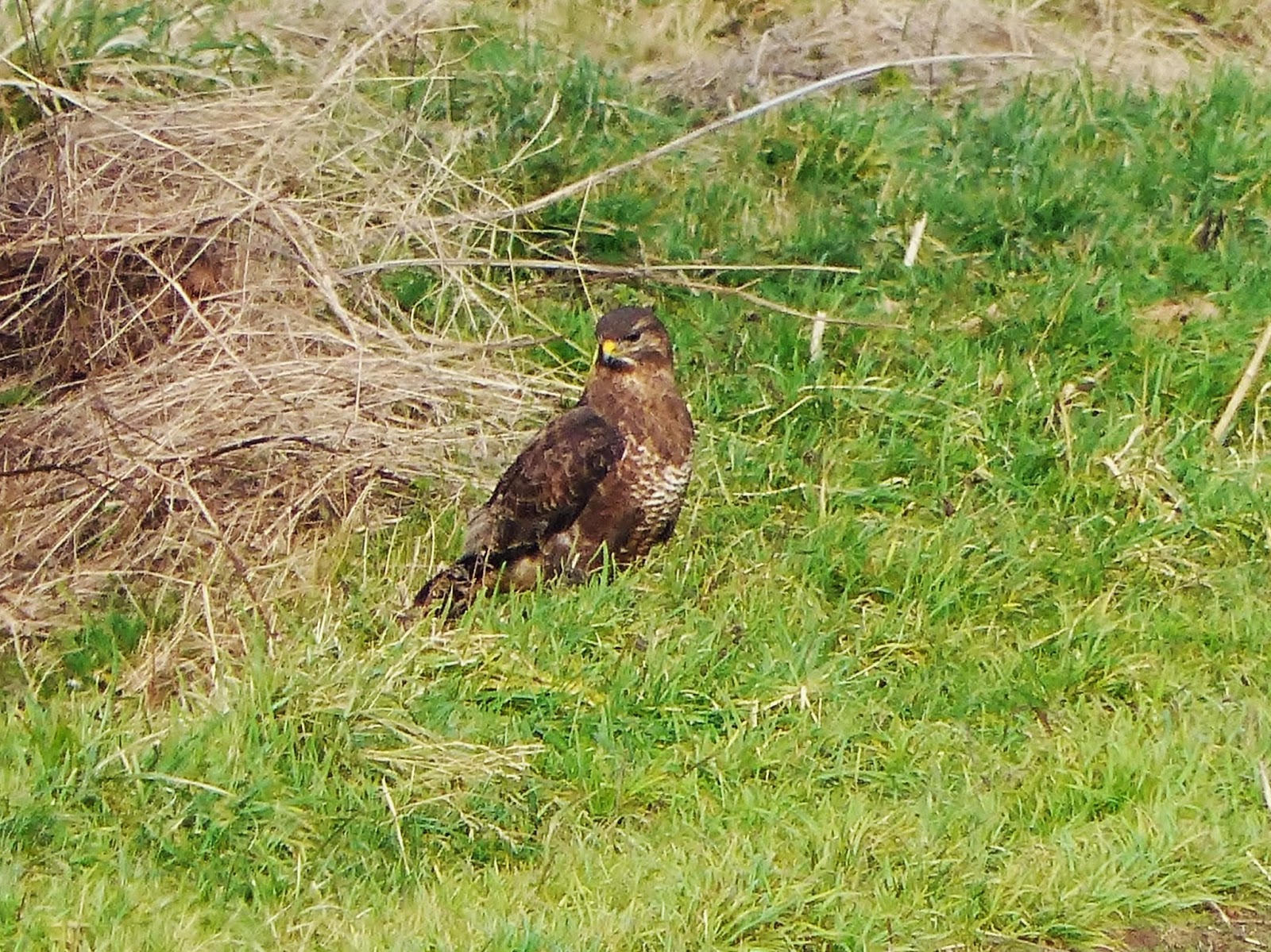 Had an hour down at Kilnsea Wetlands/Beacon Ponds with the lad. Nothing unusual and bitter cold but he enjoyed the walk...not sure I did though!
Posted by Alan Whitehead at 19:16 No comments:

Managed to get out just before dark. Glad I did as a Barn Owl was hunting the clifftop. Bud managed to flush a Reed Bunting (H.30) for a Village year tick.

Four days off now so I'm hoping to get some quality Birding done. No specific plan (which is nice) just see what I stumble across...if you'll pardon the pun!

Holiday planning needs to kick in also. Nothing done yet and only 17 days to go.

Well, I'd always fancied a winter break away from the gloom and this year we've done it...

I'd been years ago to Alcudia when the lads were young and loved it. This time we're going next door to Puerto Pollensa...actually we're in between at Club Pollentia Resort which funnily enough backs onto Albufereta Marsh. Should keep Louise happy...all inclusive too. Our two trips to mainland Spain were excellent for Birding and sightseeing but a disaster for eating out, so it's the natural choice to have a guaranteed base.

I realize this is before migration really kicks in but that doesn't bother me. I'll still see and enjoy some great birds...besides I want to be back before I miss anything!
Posted by Alan Whitehead at 18:03 No comments: 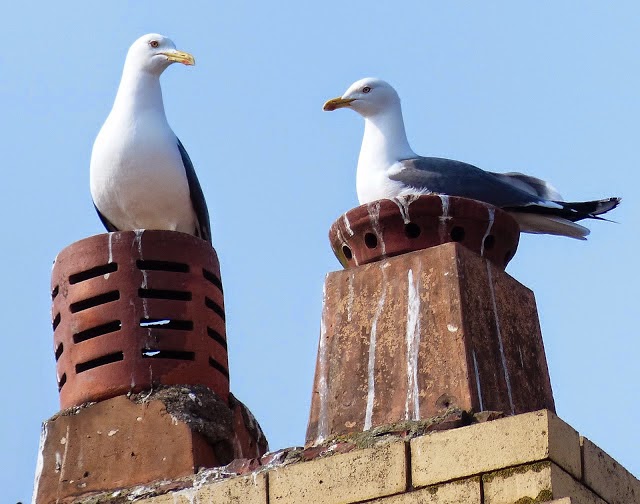 Last years pic but never mind! Back on the pots this morning as I walked down Bannister St. Hopefully no dramas this year?

A pair of Mute Swans over the house this morning constituted a Village lifer! Not much water around here...apart from the sea of course!
Posted by Alan Whitehead at 21:58 No comments:

What a difference a day makes...

Yesterday I had an hour before work and took Bud up to Out Newton. Beautiful morning, Blue sky and little wind. Then a Skylark started to sing. Wonderful!

Today...thick freezing FOG!!
Posted by Alan Whitehead at 20:34 No comments:

Things didn't go as smoothly as hoped at the Hospital on Friday (when do they ever!). I'll get there in the end...hopefully?

The weekend was uneventful for yours truly mainly due to two long shifts! I got a text from Gavin this afternoon to inform me he'd had a cracking male Hen Harrier over Welwick Marsh. It was later joined by a Marsh Harrier and a Peregrine! Must have been a fine sight indeed...
Posted by Alan Whitehead at 19:24 No comments:

Appointment at the Hospital this am. It didn't stop me adding a solitary Fieldfare (P.68, H.26) to the year list(s) on Snakey lane. Winter thrushes are scarce at this time of year...along with most other species come to think of it!
Posted by Alan Whitehead at 14:30 No comments:

Withernsea first this morning to give Bud a stretch on the beach. Picked up my first Turnstones (P.64) feeding on the grass on the South Prom'.

Next down to Skeffling picking up my Heron (P.65) on the way. Quiet, windy and cold here with occasional snow flurries...didn't look good. That is, until a Kingfisher (P.66) flew over the floodbank and into the main drain to the sea.

Back home for lunch to find 2 Long-tailed Tits (P.67) on my feeders. Nice!
Posted by Alan Whitehead at 14:48 No comments:

After yesterday's not so outlandish prophecy of a WW Gull sighting, lo and behold a message came through at 11.09 informing me of an adult Glaucous Gull on the beach at Spurn just S of the sea-watching hut at 10.59!

After driving down and parking in the scrape car park I made my way towards "the hut". No sign of the bird but Adam Hutt was on the beach retrieving a gull trap. So close and yet...

Had a good chat with Adam and he told me all about his recent trip to Morocco. Sounded great. Might have to put it on my short list of Winter destinations? So many places...

I'll keep looking for that White-winger...
Posted by Alan Whitehead at 13:46 No comments:

That's what I still call it anyway. It seems to have a multitude of names these days! I paid my first visit of the year this afternoon. The forecast looked OK regarding precipitation but it was COLD with a biting north westerly.

I arrived on the Humber bank around 2 and started to scan.


High tide was 4ish so I was arriving at the optimum time. Most stuff was still a fair way out but the tide was coming in quickly. Large groups of Dunlin, Knot, Curlew, Shelduck, Teal and Wigeon were heading west, many into the Haven itself to roost.

Large menacing clouds were billowing to the North West and I wasn't getting any warmer. No raptors or Owls were seen (they had more sense) and a modest 20 species. The best record being this distant pair of Pintail heading west with the rest... 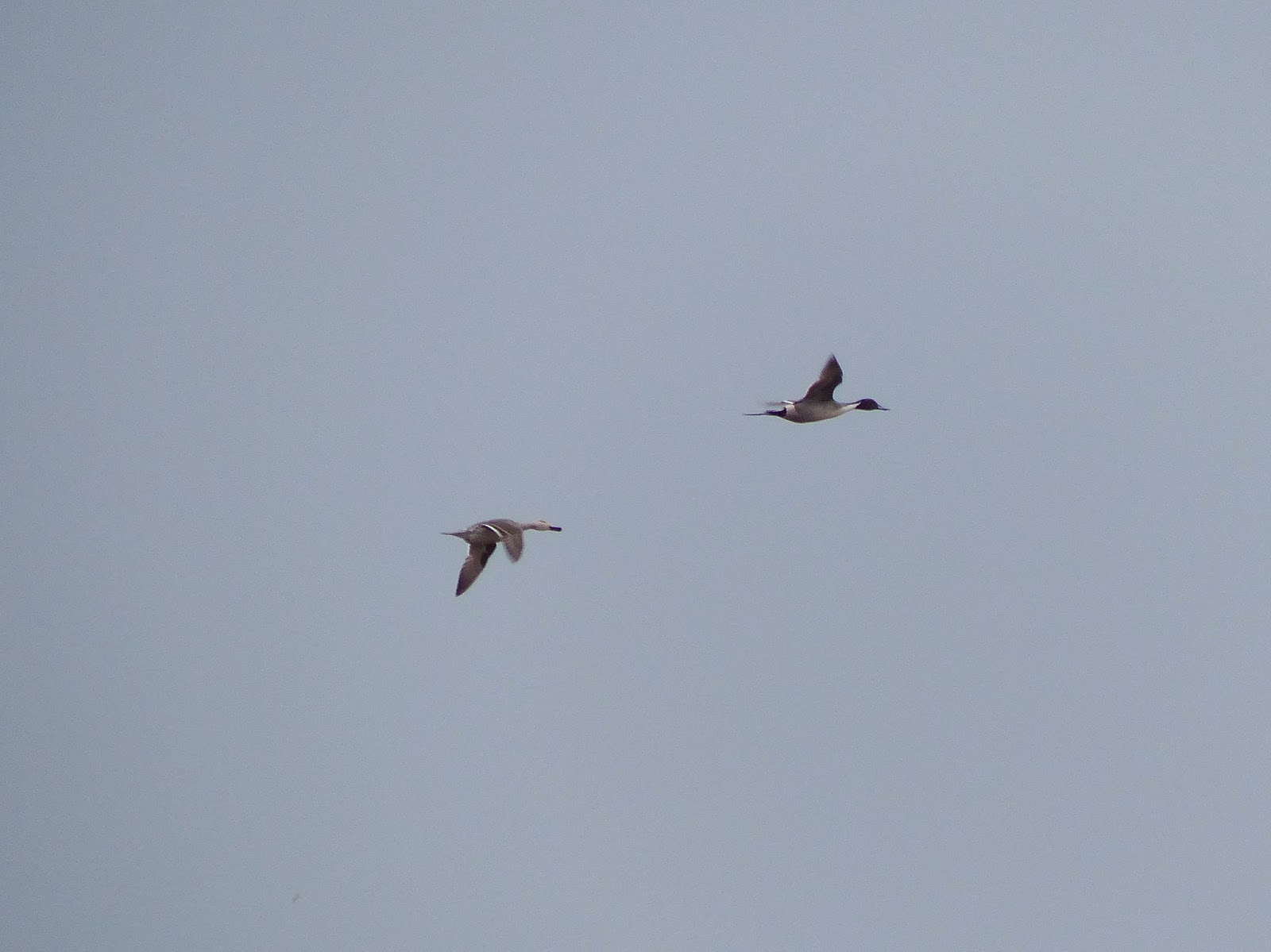 It's not all about birds...this Seal was a surprise...and a site first... 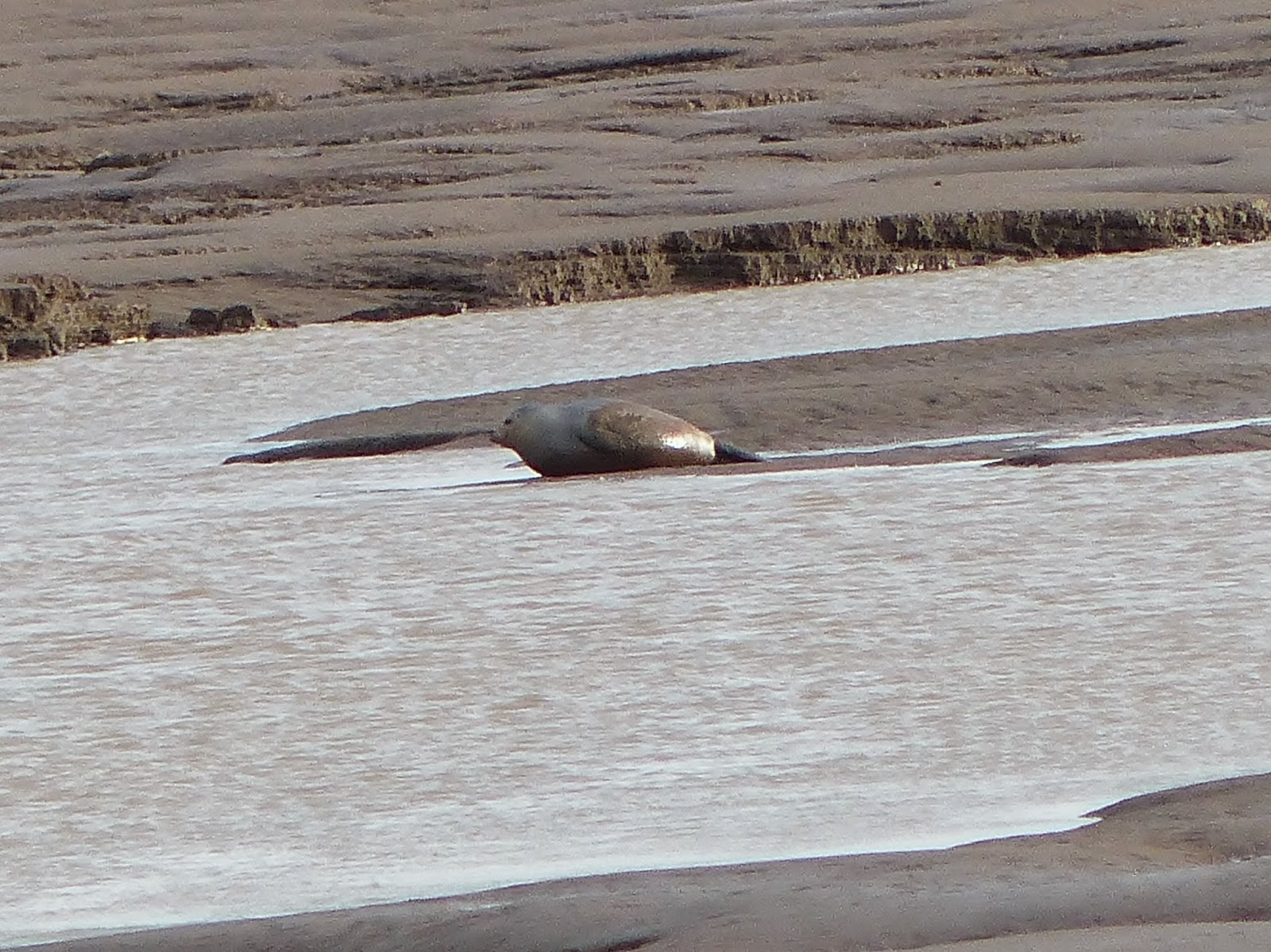 I checked a few beaches on the way home but no sign of the hoped for WW Gull. They're on the increase though. No wonder!
Posted by Alan Whitehead at 21:51 No comments:
Newer Posts Older Posts Home
Subscribe to: Posts (Atom)