Bit of a purple Patch (see what I did there) at the moment...for Holmpton! After yesterday's Brambling Richard found a female Redstart this morning in the cliff paddock. I lazily drove down there but the time saved paid off as I managed to re-locate it briefly before it typically vanished...

Two further visits later in the day failed to re-find it. No sign of yesterday's Brambling but a Coal Tit appeared on the feeders and bath.

Texas - on this date

2003 - More from Big Bend; this time the Chisos Basin were I added the following species to my State list... 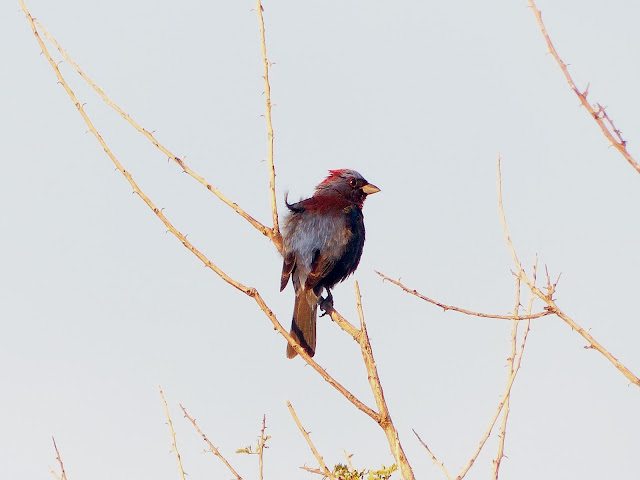 2006 - found me in the spectacular Davis Mountains of West Texas. I spent a day with a wonderful old Texan guy called John. P. Gee who allowed me access into some private areas, where I connected with some key regional species, which included the rare breeder Buff-breasted Flycatcher. He shared some amazing stories about his interesting travels throughout the World as an oil company executive. One quick story... he told me that while he was in Nigeria he had an African Grey Parrot (renowned for their intelligence) as a pet. One day he came home and it was mimicking a bird call. He couldn't figure out what it was. After some research it turned out to be a rare bird for the country! Happy memories.

Mexican Whip-poor-will
Broad-tailed Hummingbird
Gray Flycatcher
Buff-breasted Flycatcher
Red-breasted Nuthatch
Townsend Warbler
Painted Redstart
2019 - It was lucky 13th visit for me with a species I'd wanted to add to my Texas List since my first trip in 2000. It's an annual but very scarce migrant to Texas as the main passage is further East through Florida. I missed one by minutes in 2008 at Sabine Woods as I had to leave for the Airport. I wasn't happy! Anyway, success at Copse Woods, Galveston Island...

"Fantastic stretch of birding continues, warbler diversity about as good as it gets".

Posted by Alan Whitehead at 18:42 No comments:

A few bits to the North...and then

The three of us had a walk North this morning to the second pill box. The/A Yellow Wagtail was present in the cliff paddock. A Wheatear materialised briefly by the first pill box and there are 2/3 possible sites being prospected by the Sand Martins now.

***Update: I'd prepared my post around 2pm but there's been a development. I glance at my feeders regularly when I'm "outback", optimistically hoping for something special...another Hawfinch? lol! Anyway, I thought I saw something orange? I watched for a further 30 minutes but my potential garden addition never materialised? Just after 6 while I was on evening meal duty I glanced out again, this time there was no doubt. A Brambling (P.92, H.91)...and a garden tick to boot (73). I rushed for the camera and rattled off a few imaged through the kitchen window. It was only present 30 secondsish... 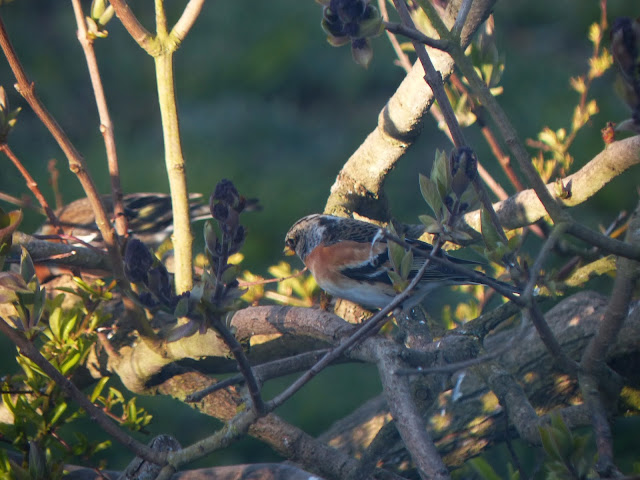 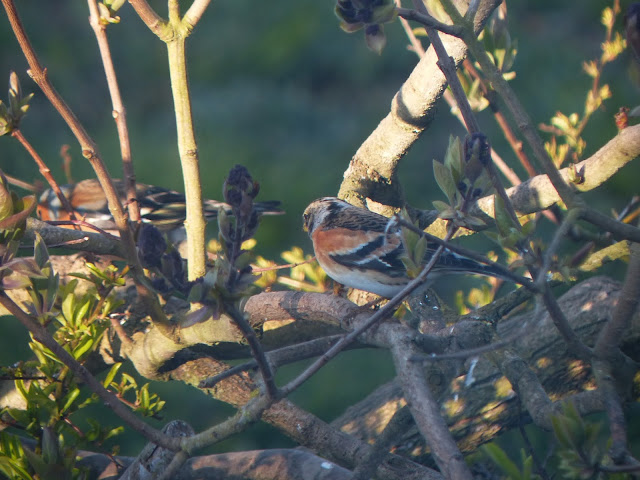 Fortunately it hopped onto the feeder for a moment and grabbed a seed... 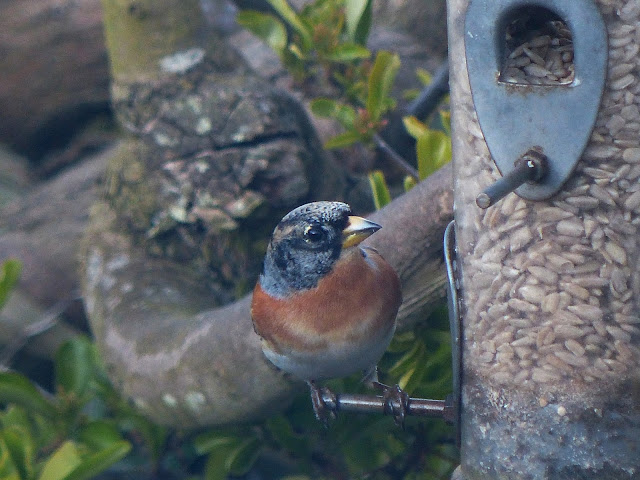 ...before flying up into the neighbours tree... 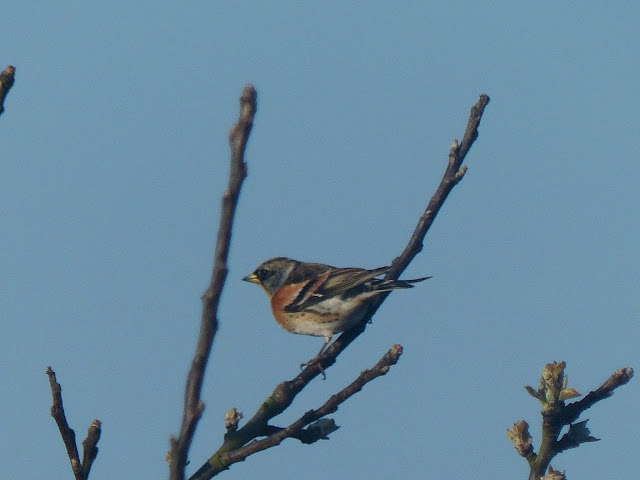 You can march around for days/weeks and see very little...then something "good" comes to you!

2000 - My first trip and my first visit to the World famous Bolivar Flats at the southern end of the peninsular. Already mentioned for the "Four Plovers" but definitely worth another shout...

White Pelican
Brown Pelican
Reddish Egret - another favourite... I could watch this bird all day, for its beauty and behaviour! 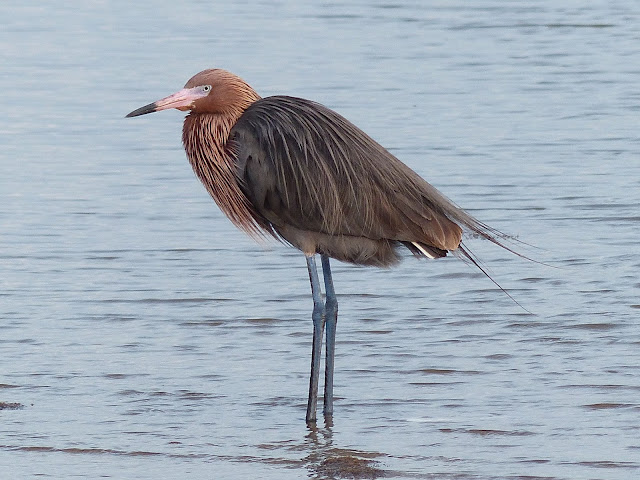 Tricolored Heron
Roseatte Spoonbill
Bairds Sandpiper
Buff-breasted Sandpiper
Pectoral Sandpiper
Western Sandpiper
Semi-palmated Sandpiper
Long-billed Dowitcher
Short-billed Dowitcher
...and many more!
2001 - A fun day at Anahuac were I took part in the approved Rail Drag (no longer occuring apparently). This consists of dragging a long rope across the prairie hoping to flush some...yep...Rails! Birders are transported across in "all terrain" ve-hi-cles (as they say in Texas!). This practice is done VERY sparingly but was your only chance to connect with two tiny and typically elusive species. Fortunately both were seen on this occasion...if only in flight...

2002 - Found me at Tyrell Park/Cattail Marsh near Beaumont. A large park and an even larger water treatment plant offering some superb Birding. Highlights... 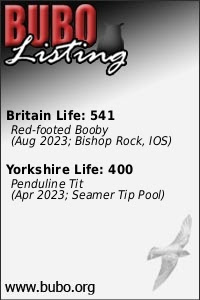