After a dodgy start the clouds broke and it was time to hit the beach again. The tide was out but the sea was still good for a swimming dog. There were a few clusters of gulls present which I checked through hoping for something unusual. I eventually found it...a lone Sandwich Tern (P.133, H.92)... 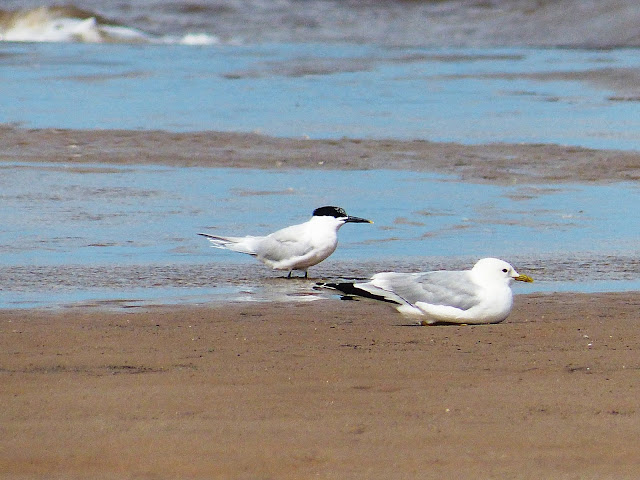 A Cormorant was also commuting between the local fish ponds and the beach finally settling on the tide line... 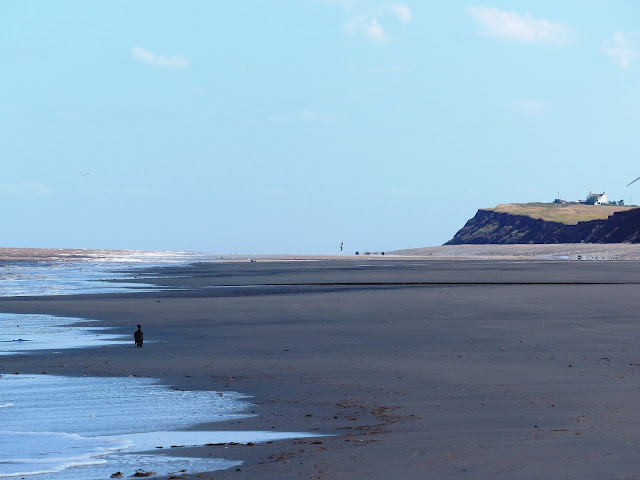 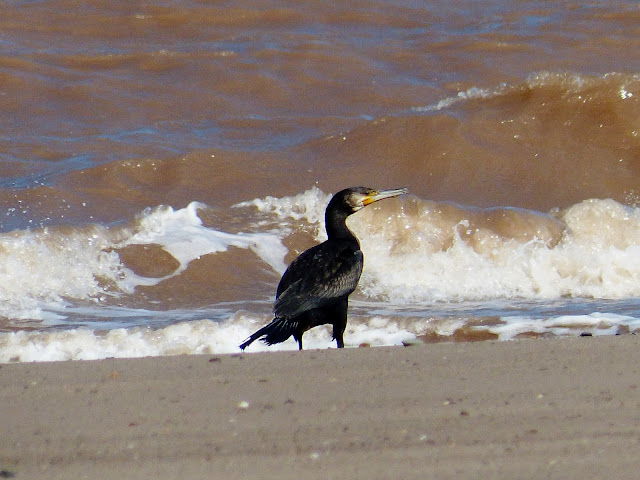 As we were leaving a couple of Whimbrel circled over the sea some 800yds offshore. 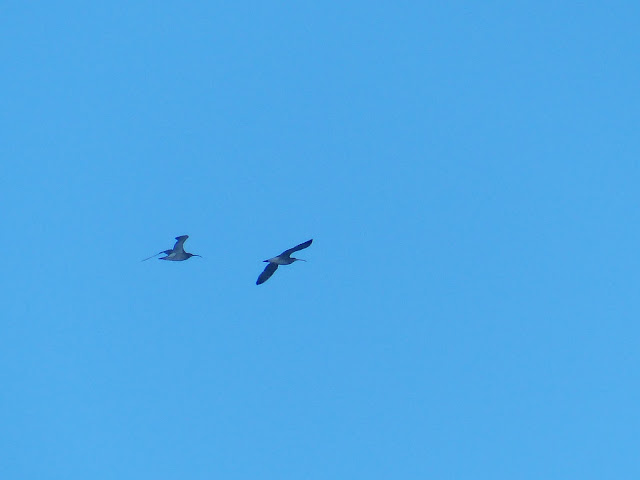 Waders returning in force now with an impressive total (12) of Curlew Sandpipers at Kilnsea Wetlands. Might pop down tomorrow...

Posted by Alan Whitehead at 18:01 No comments:

Yet another glorious day here at Holmpy. We suffered in the Spring BUT things have been great for weeks now weather wise. No stifling humidity here...well not much. 20c this morning and the beach to ourselves... 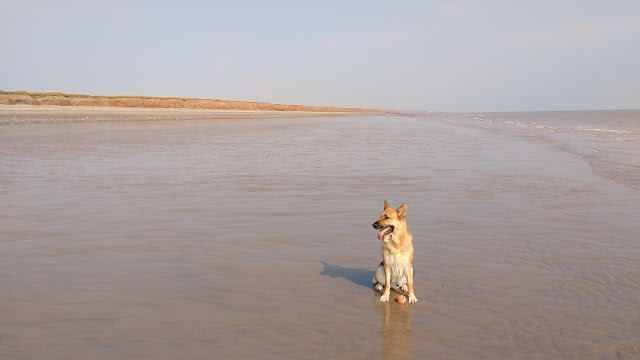 I decided to walk North towards With' as the tide was ebbing. It soon became apparent that there was a movement of waders south. In the next couple of hours I can safely say I had the best Birding experience since I moved here 6 years ago!

Well...it was the views I had. Streams of waders zooming along the beach...yes, the beach!!! Maybe they mistook the still waterlogged section for sea...who knows...but it was a thrilling experience. Below is a list of the birds I saw...

I also had 8 Common Scoter S and a cc Marsh Harrier on my way back to the car... 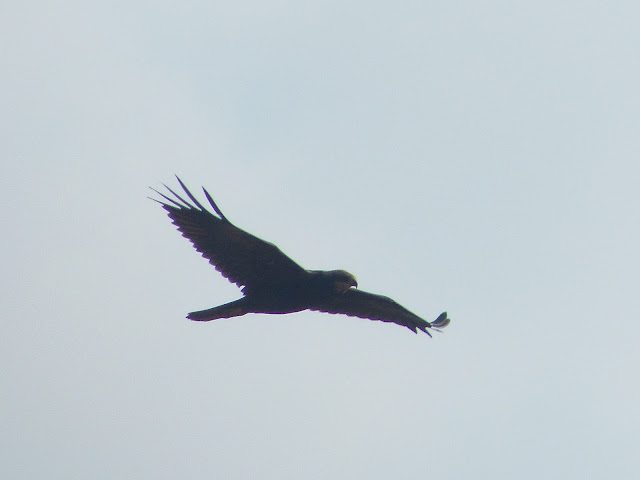 Then as if to confirm my luck was in today a brief spell in the garden produced a lovely young Willow Warbler... 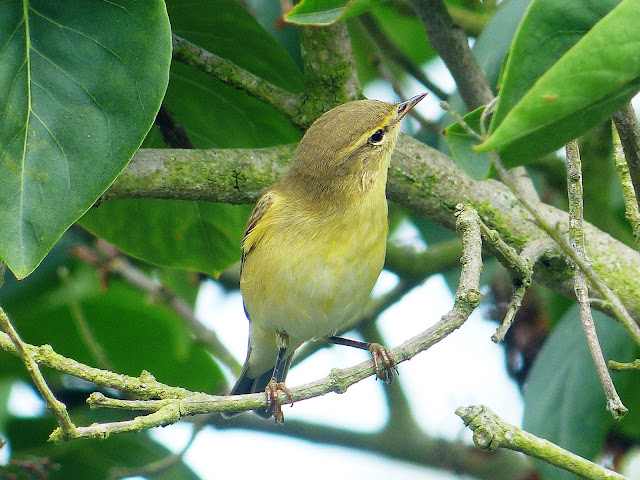 A guess I chose the right day to kick start my "second-half". Always great to see good numbers of birds on your "doorstep".

Posted by Alan Whitehead at 22:14 No comments:

As the years go by I forget to update things on here!

I used to create links from Trip Reports I'd sent to Surfbirds. I've kept these links but they are obviously creaking with age now...like me! These days I just add (when I remember) the posts from my trips to the links section of the Blog. These can all be found in the right-hand column. I've just added my Cyprus report from March...a truly memorable and fortunate visit!!!

Many local troops have added the FRANKLIN'S GULL to their lists this morning. I was surprised to read that some "old-hands" needed it for the County. Another "blocker" bites the dust!

To think...AUDUOIN'S GULL, GREATER SAND PLOVER and FRANKLIN'S GULL all in Yorkshire!!!


In an effort to inspire myself I've printed off a couple of lists reminding me what I still "need" for the year, in the Village and on the Patch. Plenty to "go at"...


Posted by Alan Whitehead at 13:21 No comments:

The Scaling Dam bird has appeared again this afternoon! An adult s.p. I presume a few Yorkshire listers are on the way as I write?

Fortunately...or is it unfortunately, I'm old enough to have seen the 1991 bird at Scorton Tip. I may have a ride up there tomorrow if it lingers.

Further afield the SOOTY TERN has found the Ythan Estuary, Aberdeenshire to it's liking and has finally allowed those interested and able to get there, the opportunity to connect today. Again, it's a bird I don't "need" having seen the 2005 bird on Anglesey at the Skerries.

That's saved me a few quid lol!
Posted by Alan Whitehead at 19:03 No comments:

The recent excitement spurred me into action regarding keeping my Yorkshire List topical. It was quite appropriate actually going from disaster to triumph in a few hours. The years slip by and change (not always for the better IMHO) is inevitable. For the record I moved to Yorkshire in 1987 but only started County listing in the early 1990's.

I asked John Hewitt for the latest spreadsheet and I've spent some time trying to get the numbers correct. You know my (dated) thoughts on "changes" but for listing purposes I feel I have to "tow the line".  I promise I won't mention DNA...well just once!

So, for a bit of fun? I've decided to relive some of the ups and downs of the list. It brought back lots of memories...good and bad!

I'll get the disappointments out of the way first...

April 2014
Crag Martin - Flamborough. My second!!! I was actually at home but we had to be at Manchester Airport by noon.

Quite an impressive list of woe BUT as said previously, my holidays are VERY important to me. The April dips could be seen as bad planning but I was fully aware of the consequences. To miss THREE in 2013 was particularly bad luck. I've since got the Tern "back". Be on your toes next Spring as I'll be away again April/May! Missing the Bee-eater and Stilt in July also couldn't be anticipated I feel. Then again...what can!

September 1994
Lanceolated Warbler - Filey
Not been teaching long and I had a fixture after school.

October 2016
Black-browed Albatross - Bempton
On the Bus when I got a call from Trevor informing me it was sat on the cliff!!!  Nearly went for a mystery tour!

April 1994
Crag Martin - West Yorks.
Having seen the bird in Leicestershire the day before I was marooned on the Knavesmire in York watching my lads play Football as the bird toured sites in West Yorkshire late afternoon.

June 1992
Marmora's Warbler - Made it to Spurn after work but only saw shapes in the half-light at dusk.

September 1992
Penduline Tit - I didn't appreciate the significance of the record for the County at the time.

October 1999
Short-billed Dowitcher - Seen at Bran Sands, South Gare but I couldn't get there in time.

September 2011
Sandhill Crane - long shot but the bird from Scotland was seen at Whitby. I went to Filey but no joy.

September 2016
Pallas's Grasshopper Warbler - frustrating one with the bird trapped at Spurn.

I think that's it? I was also confused about the Redpolls as I'd read on-line that the IOC/BOU were to recognize two species. Apparently it's now confirmed as three...as before. So, I regain a tick. As I understand it then my current Yorkshire list stands at 387. My complete list can be viewed by clicking the BUBO tab above.

I guess it would be nice to reach 400 before my time is up?

To redress the balance, I do have two rather good Yorkshire ticks, both from Spurn...

Other memorable moments over the years for various reasons include...

My word, a week since my last post...I'm slipping!

No particular reason although Footy and Gardening have kicked in big-style lately. I do have OTHER interests you know!

Summer doldrums prevail BUT Rare birds can turn up anytime, admittedly the odds are not great. I was just finishing my shift on Friday when things kicked off...

I was knackered BUT I set off, although time was obviously against me. A Yorkshire tick was in the offing! Another problem was that it was in the middle of a City I'm unfamiliar with. I reached Burstwick when I received another message informing me it had flown off. This happens quite often...only for the bird to be reported again soon after. However nothing happened for a while so I aborted as it was now clear I wouldn't make it and I headed home. Of course it was reported again later. The last sighting was at 8.17pm when it "flew off" again.

Now then what to do?  I'm afraid to report that my ASAP policy wasn't adhered to on this occasion...and it cost me dear!!! I left my phone on (no pager at the moment) and I decided it could wake me up if the bird was seen in the morning. The thought of getting up at 2am to be driving around Sheffield pre-dawn was too much for a tired body/mind. Wimp!

Sure enough I woke to an alert at 5.07am informing me the bird had been seen at Norfolk Bridge at 4.30am and on a nearby roof at 5. I sorted myself out and headed for Sheffield...a bit miffed.

I put the postcode in my Google maps app and sped down the M18. I ended up in the middle of a built up area? t took me another 20 minutes to find the right spot...which could have cost me anyway if I'd tried to get there pre-dawn I guess. I parked up and joined the impressive number of Birders from Yorkshire and beyond. The morning rolled on with no sign of the bird but some entertaining conversations were had which helped ease the misery. It was good to see so many familiar faces.  gave it until around one then headed home. The bird hasn't been seen since. An amazing record and a great reward for a "local patcher".

The afternoon was spent watching the World Cup Final. France won with the aid of some dubious decisions BUT Croatia played the Football.

So to the evening. As I was fading another message, this time in the form of a tweet (it is useful sometimes) from Spurn...

It didn't take me long to get down there and fortunately this time the bird was still there, albeit distant in the fading light. I got my Yorkshire tick after all (387). It was also my 304th for Spurn.

I paid the bird another visit on Sunday afternoon and got lucky as the bird was feeding on the beach not forty yards away, totally unconcerned by the beach lovers. 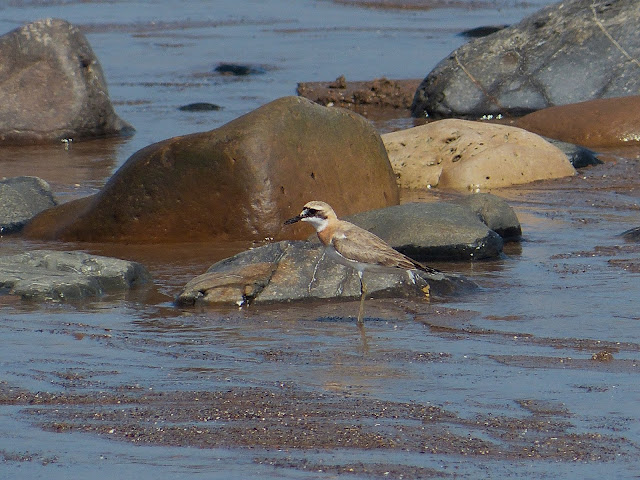 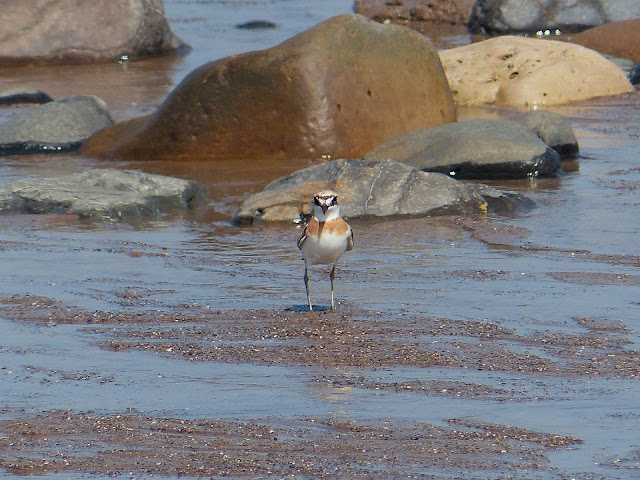 It's funny how things turn out sometimes. VERY unpredictable you might say. I guess that's what makes it interesting...
Posted by Alan Whitehead at 21:46 No comments:

Quiet times in these lazy, hazy days of summer. Hence the lack of posts recently. The World Cup has taken some of the blame...thankfully! It DOES make a refreshing change. Can we do it?

The weather had been sensational...and yet some people are moaning it's too hot? Short memories after the Beast(s) from the East!!!

Locally, it looks like the Little Tern protection scheme is paying off again which is fantastic news. Hopefully many species should have done well this year.

Personally, I've been making preliminary plans for my trip to the UAE in November/December. It's not a place I would choose to go but three weeks with my son Robert and his wife will be quality time especially when escaping the British winter! I'll no doubt have to spend some time sampling the dubious delights of Dubai BUT touring the seven Emirates will be our main pastime.

Furthermore I've taken the plunge for Spring 2019 and booked us three weeks in Galveston, Texas from April 12th till May 4th. I'll probably get stung regarding my British List but frankly I don't care these days. I have some impressive holiday dips already including BLUE-CHEEKED BEE-EATER and BELTED KINGFISHER. I could spend the time here waiting for the BIG 1 but the prospect of Birding my favourite venue will make the early months of the year fly-by...hopefully!

I'll still be in the game for the "right bird" at the right time!


Posted by Alan Whitehead at 13:35 No comments:

Back in the groove

Our turn tonight!? No comment...yet! Just watched Sweden v Switzerland...we'll never have a better chance. Hang on...I've said that before!!!

This morning I followed up on a report of an influx of Little Gulls (P.124, S.93) at Kilnsea Wetlands. I managed to obtain brief and distant views of around 20 birds before they headed off towards the Humber.

All good with the laptop...which is obviously a BIG relief! Can't get far without it and the smartphone these days. Progress?

Posted by Alan Whitehead at 21:36 No comments:

Spent some time down at Sammy's Point car park this afternoon. The tide was way out and there were few Gulls on show.

Out of nowhere appeared a nice flock of c20 Little Gulls that continued East towards Kilnsea Wetlands.
Posted by Alan Whitehead at 21:34 No comments:
Newer Posts Older Posts Home
Subscribe to: Posts (Atom)