Controversial also!!! It's just an opinion you understand.

Over the years I've dashed off to see some dodgy Ducks. Then it didn't matter because I was increasing my List. I didn't go with much conviction for some, even then. I have to say here and now this is STILL a pressure BUT I like to think I'm more selective these days? Let's face it there are some dubious records out there. Some of the species involved are listed below...

MANDARIN DUCK
BAIKAL TEAL
BLUE-WINGED TEAL
FALCATED DUCK
RED-CRESTED POCHARD
FERRUGINOUS DUCK
BUFFLEHEAD
HOODED MERGANSER
...there are others, you could argue.
The reason I'm flagging this up is because of the latest BAIKAL TEAL "outbreak". As I was driving the short distance to Hornsea Mere yesterday...I was torn. Why...because I'd seen the previous one at Spurn in May 2019. This bird was rejected due to it "lingering" further North into early Summer? However, I believe the latitudes were comparable to its Breeding range in Asia! As I adhere to the official decision I haven't added this bird to my List although it is on my Personal one as it's "as good as any" in my book. I saw my first at Minsmere in December 2001. There was also a bird at Flamborough in April 2013.
So. there I was going to see "another" (a brief, distant scope view was uninspiring). I'm not going to wax lyrical (I never do), suffice to say, for me, you either count them all (unless obvious signs of captivity) or none of them. I realize it's not an easy call but we all know there are a LOT of Ducks in captivity. It will be interesting to see what the decision on this bird will be eventually.
There is also a Bird in Somerset at the moment?
......................................................................................
Anyway enough of that...back to some good old solid Patch work. I spent 3 hours down the South of the Village this morning from 9 till Noon covering Cliff Farm, Old Hive Copse up to Mill Hill. The wonderful sound of a Curlew cheered me up on a dull morning as I opened the car door at Cliff Farm. Almost immediately I caught sight of a lone Mute Swan powering South in the distance... 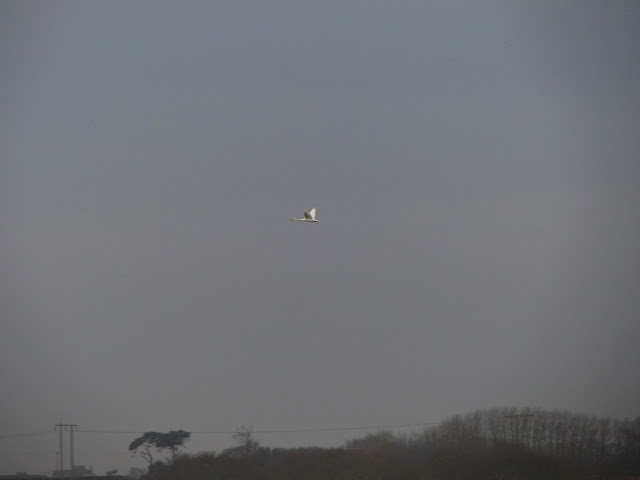 I didn't see any last Year...I've had two records already!? A few distant Red-throated Divers were heading North as I walked down to the Copse. The main highlight on arrival was the discovery of a large, mixed flock of passerines in the huge stubble field adjacent. Flocks came and went using the trees in the Copse occasionally which made viewing far easier.
Estimated numbers were Yellowhammer (c100), Tree Sparrow (50)... 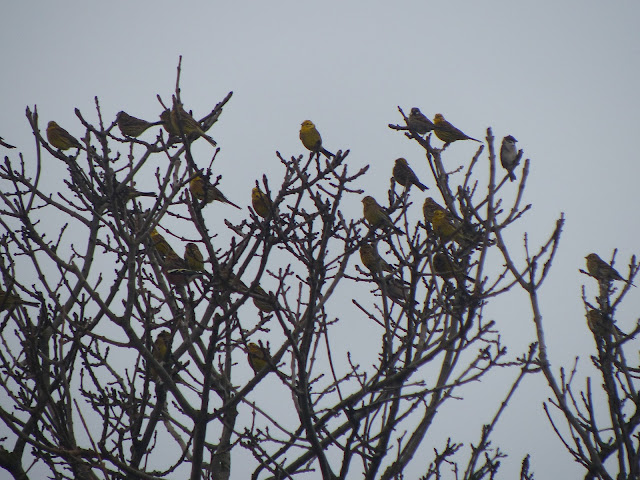 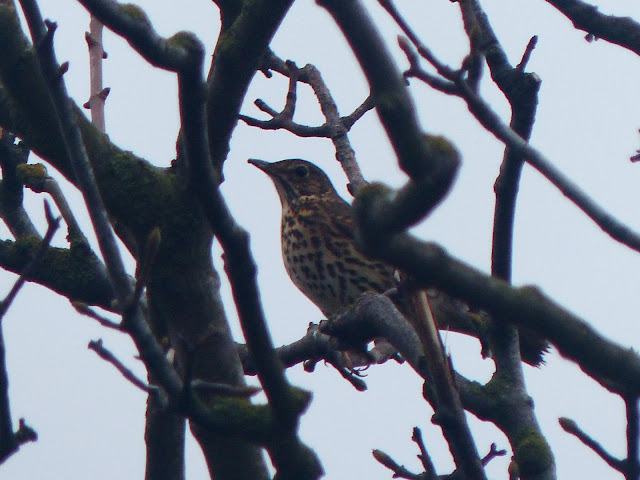 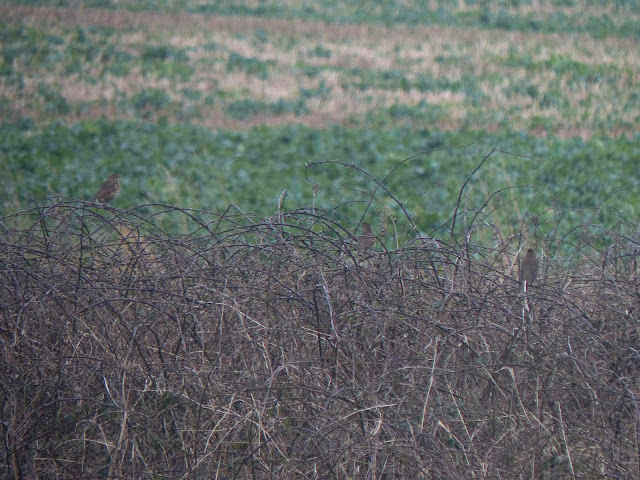 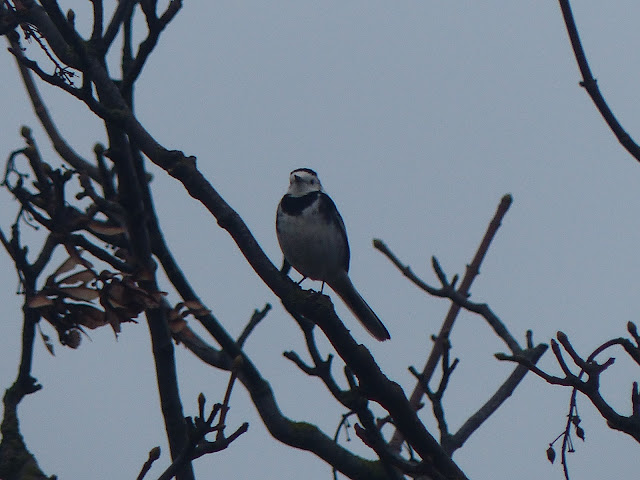 ...to the Year List. Very enjoyable.
I made my way up to Mill Hill hoping to connect with some Snow Buntings. On the way "up" I was surprised and chuffed to spot 3 Brent Geese heading South at distance. No sign of any SB. The strip of weeds by the Cliff here is...promising... 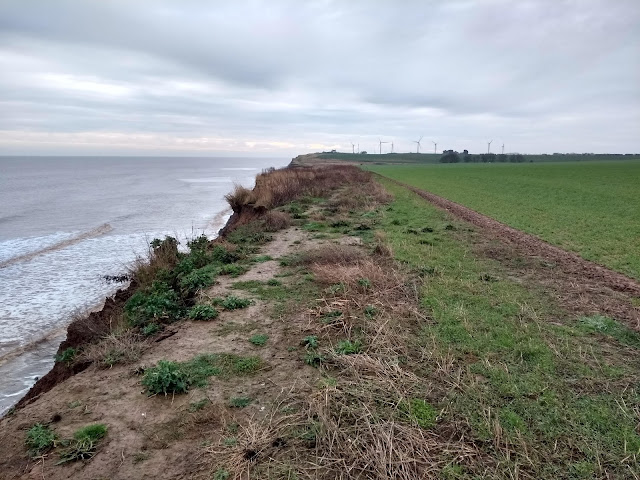 ...and produced 2 brief explosive moments of...Snow Bunting!
Home for lunch and 3 Long-tailed Tits on the Feeders! A brief stop late afternoon at the Sewage car park quagmire paid off with a record count of Turnstone (32) and another Brent Goose South. Richard had earlier messaged me to inform me that "our" Little Egret was back in the Clifftop paddock. No luck for me today.
Holmpton Year - 49
Posted by Alan Whitehead at 18:03