Started reasonably early this morning with a walk down to Old Hive. Difficult walking due to the field having been ploughed right to the edge! There were areas of weeds however, due to the unstable nature of the fastest eroding coastline in Europe...allegedly.

My main aim was to try and photograph one of Richard's Whinchats. There were plenty of birds shooting in and out of cover. Many Skylarks, Meadow Pipits... 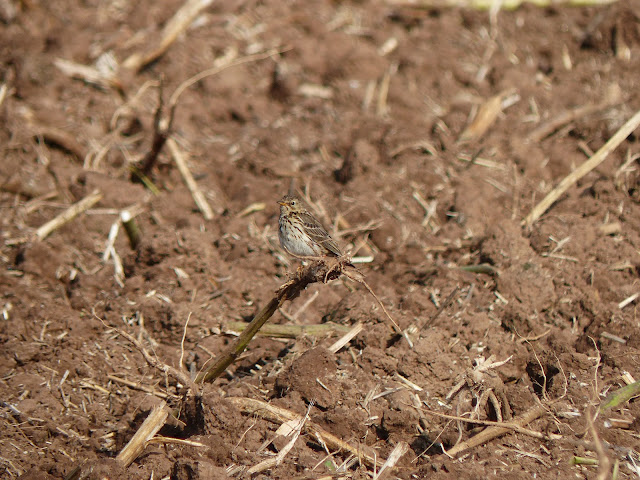 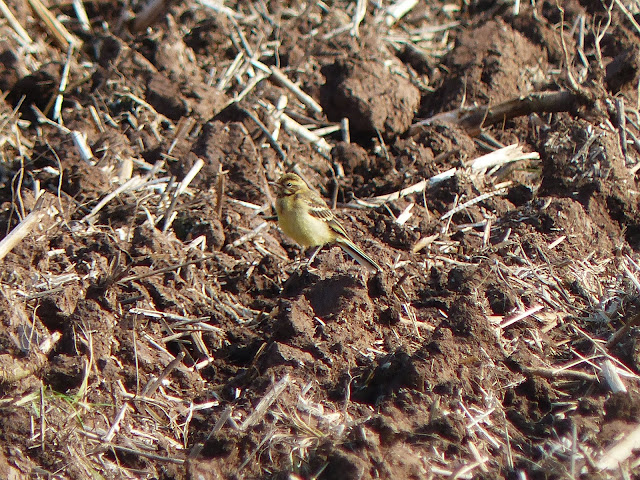 The Sand Martin Colony is still in full swing. No sign of any Whinchats though.

On return I bumped into Richard who was going down for another go. After a chat I checked out the Clifftop. Glad I did as I had at least 3 Willow Warblers and a Garden Warbler (P.102, H.88) I was soon receiving a text informing me that...yep...he'd seen a couple of Whinchats! Never mind. He'd also had a female Goldeneye. Time to try again.

This time I approached from Out Newton. As I reached Old Hive a falcon shot inland at high speed...HOBBY (P.103, H.89). Always a pleasure to connect with this superb bird, albeit briefly. Still no joy with the Whinchat and the Goldeneye was no more. I gave it a good hour.

The fun wasn't over yet. As I was weeding the front garden I heard the familiar calling of a group of Long-tailed Tits. As they passed a gap in the hedge I managed to do a count (15). Then, a Willow Warbler hopping around on the floor, then another in the hedge. A third on the wire... 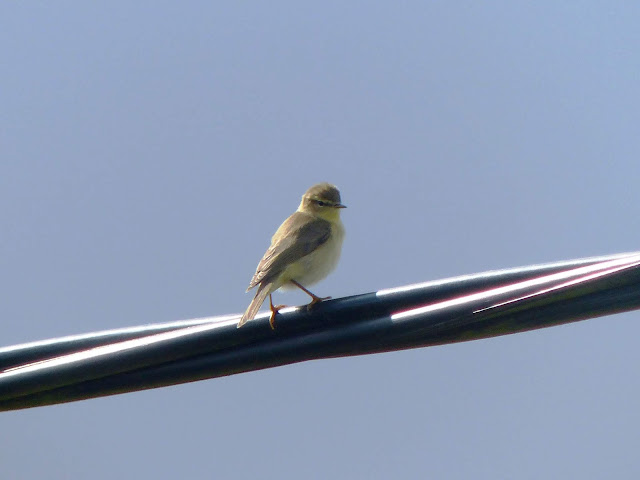 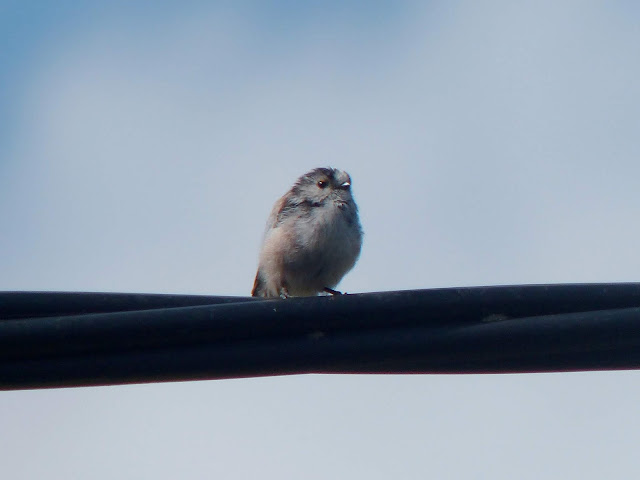 Couple this with yet more Bullfinch appearances in the back, I'd say things are definitely on the up...